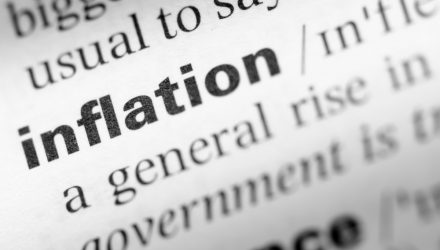 Moderating Inflation Could Prop Up This Tech ETF in 2023

Growth stocks and tech ETF strategies have been epicenters of declines this year, with disruptive growth fare bearing the brunt of that punishment.

ETFs such as the Goldman Sachs Future Tech Leaders Equity ETF (GTEK) are prime examples, and the scenario is easily explained. Owing to 40-year-high inflation, the Federal Reserve is forced to aggressively raise interest rates — there have been five rate hikes through September with more likely on the way. Higher interest rates diminish the allure of growth companies’ future cash flows, particularly firms that aren’t yet or only recently became profitable.

One way of looking at that scenario is that GTEK could be among the assets ready to rebound when inflation eases, which some market observers are predicting will happen next year. The extent to which inflation ebbs remains to be seen, and the Consumer Price Index (CPI) is likely to sport increases in excess of what was seen prior to the coronavirus pandemic, but JPMorgan economists Daniel Silver, Michael Hanson, and Phoebe White said in a recent report to clients that the CPI should retreat in 2023 relative to this year’s jaw-dropping readings.

Should CPI decreases arrive in material fashion, the Federal Reserve could be inclined to ease the pace of its rate hikes or halt the effort altogether in a bid to support an increasingly sensitive U.S. economy. That could provide benefits for GTEK and its holdings.

Easing of supply chain woes could also support the outlook for a GTEK rebound. Those have plagued the technology sector since the start of the pandemic, forcing delays in getting products to market and raising costs, among other headwinds. Additionally, reliable, robust supply chains can serve as inflation-fighting tools, potentially providing more ballast to the GTEK thesis.

“The backlog of ships outside the ports of Los Angeles and Long Beach that peaked above 100 in January have completely cleared over the past few months,” noted the JPMorgan economists. “With global progress on vaccinations, we expect supply bottlenecks to normalize further.”