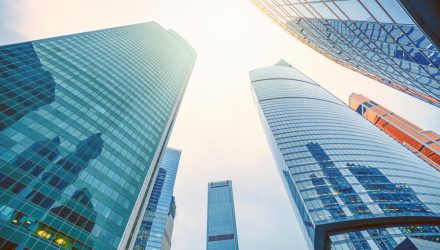 How Not to Fret Tech/Treasury Yield Relationship

Conversely, there are some sectors that rate sensitive in negative ways. Some are high-yield groups like utilities, but technology stocks are part of that group, too, so some experts say. Good news for investors considering exchange traded funds such as the Goldman Sachs Future Tech Leaders Equity ETF (GTEK) and the Goldman Sachs Innovate Equity ETF (GINN): Tech isn’t as sensitive to rising 10-year yields as some investors believe.

“It turns out that when the numbers are crunched, over the past 15 years there has only been a small inverse correlation between technology stocks and bond yields. In other words, when bond rates rise, there is a slight tendency for tech stocks to fall,” according to Morningstar. “That was true also during the last time the Federal Reserve was raising interest rates, from late 2015 through the end of 2018.”

To be sure, the above statement doesn’t mean that tech and growth stocks are 100% immune to rising bond yields. When 10-year yields surged in the first quarter and into the second this year, growth stocks faltered. GINN traded only modestly higher from the start of 2021 through the end of May, and had the newly minted GTEK been around then, chances are it would have performed in similar fashion. Investors might want to ponder the following.

“With a correlation of negative 0.33 between tech stocks and 10-year Treasury yields over the past 15 years, the inverse relationship is relatively low. When it comes to Treasury bill yields, there’s almost no relationship,” adds Morningstar.

That sentiment is relevant to GTEK in particular because that fund is home to smaller, fast-growing, disruptive companies. And even if the Fed takes rates higher in 2022, investors may not want to rush to abandon GTEK and GINN.

“We looked at correlations during the period of the last Fed rate increase and found even less of a relationship between tech stocks and 10-year Treasury yields,” concludes Morningstar.