You are at:Home»Future ETFs Channel»Go Deeper than Electric Cars with This ETF 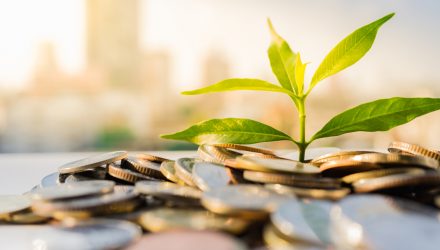 Go Deeper than Electric Cars with This ETF

Perhaps the biggest news item out of the White House Thursday was President Biden’s intent to sign an executive order mandating that 40% to 50% of new vehicles sold in the U.S. starting in 2030 be electric vehicles (EVs) or plug-in hybrids.

Any push to elevate adoption of EVs is often seen as a boon for automakers, including Tesla (NASDAQ: TSLA). However, the White House effort also implies deeper commitment to the green economy, to the benefit of the newly minted Goldman Sachs Future Planet Equity ETF (GSFP).

The actively managed GSFP doesn’t focus on a single climate-friendly theme. While there are instances of that strategy bearing fruit for tactical investors, that path is far from risk-free and doesn’t afford investors the depth necessary to take advantage of what is becoming an expansive opportunity set.

A broader approach in the green energy and climate arena is potentially beneficial to investors because it defrays single-theme risk while levering investors to multiple corporate and government efforts. In the case of EVs, the GSFP approach could be relevant because the U.S. has some catching up to do relative to other regions.

That’s just one example, but it highlights GSFP’s advantages as an actively managed ETF. Some old-guard earth-aware ETFs are constrained by indexes and are not nimble enough to react to emerging technologies, be they EVs or something else.

Conversely, GSFP leverages active management to put investors on the right side of disruption by identifying attractively valued secular growth stories. The GSFP structure could also prove ideal for accessing green economy principles, a phrase that’s often bandied about but not always properly executed upon in the fund universe.

“The green economy is defined as low carbon, resource efficient and socially inclusive. In a green economy, growth in employment and income are driven by public and private investment into such economic activities, infrastructure and assets that allow reduced carbon emissions and pollution, enhanced energy and resource efficiency, and prevention of the loss of biodiversity and ecosystem services,” according to the UN Environment Program.