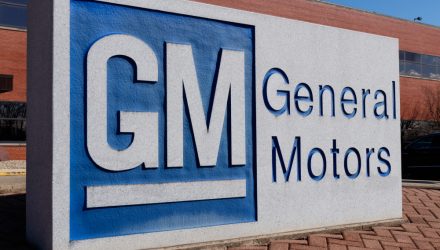 General Motors (NYSE:GM) was once viewed only as the manufacturer of the Chevy Suburban, an extensive lineup of pickup trucks, and other gas-guzzling vehicles.

GM still makes those products, but the storied automaker is evolving and is becoming a credible environmental, social, and governance (ESG) company. That status could, over time, carry with it implications for investors and exchange traded funds, including the Goldman Sachs Future Planet Equity ETF (GSFP).

“GM has found a new life as an ESG play,” Christopher Marangi, Gamco’s value co-chief investment officer, said on Tuesday on Bloomberg TV’s Surveillance. “We do have a sustainability fund that owns it in part because of their commitment to electrification. (CEO) Mary Barra has been pretty vocal about that obviously, and it looks like it’s for real.”

GM currently isn’t a member of GSFP’s lineup, but the newly minted Goldman Sachs ETF is actively managed, so it’s possible that, in the future, the automaker could join the GSFP roster. That’s not guaranteed to happen, but it’s not a stretch, either. GSFP allocates over 32% of its weight to industrial stocks, a sector that has deep ties to the auto industry and is emerging as an increasingly prominent part of the ESG investing equation.

Looked at differently, investing around carbon neutrality and climate awareness like GSFP does requires being nimble and able to identify leopards (companies) that are changing their spots (evolving). GM fits that bill.

One of GSFP’s aims is to identify companies “with solutions to reduce greenhouse gas emissions required across many different activities.” As Tesla (NASDAQ:TSLA) proves, electric vehicle makers are certainly part of that equation, indicating that an automaker or two could eventually find residence in GSFP.

As for GM, it may never be another Tesla. It probably won’t be, but it is one of the legacy auto manufacturers best-positioned to capitalize on soaring electric vehicle demand, and it’s a rising force in the ESG investing realm.

“I don’t think there’s any question companies with good ESG (environmental, social and governance) reputations, good ESG scores, have attracted capital, and in many cases have garnered valuation premiums,” Marangi said in the Bloomberg interview. “There are certain requirements that have to be met. GM, believe it or not, it fits that.”