You are at:Home»Future ETFs Channel»GINN: an Innovative Avenue to Disruptive Growth 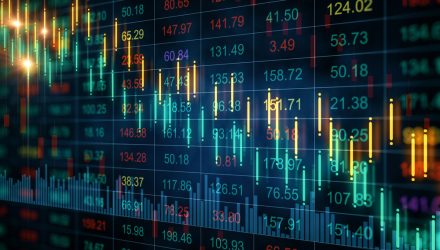 Owing to the much-documented rise of 10-year Treasury yields earlier this year, exchange traded funds focusing on disruptive growth equities flailed at the start of 2021.

The Goldman Sachs Innovate Equity ETF (GINN) got caught up in that struggle. To be fair, GINN wasn’t the only offender. Broadly speaking, tech and growth stocks encountered some headwinds due to rising inflation. While some market participants confuse inflation with expansion, the economy is in a recovery phase right now, which is an unusual point in the cycle for growth strategies to perform well.

However, as the economic cycle moves from recovery to expansion, GDP growth rates slow — a scenario that some market observers are already wagering on happening in the second half of 2021. Slower economic growth is usually a favorable backdrop for growth funds, including disruptive fare like GINN. As things stand today, GINN is already cobbling together some momentum.

“So, first of all, second-quarter earnings generally were pretty strong across the entire s(tech) sector,” says Morningstar analyst Dave Sekera. “And we’re looking at pretty strong returns again, here, coming up in the third quarter. Now, tech did have a little bit of a tough time at the beginning of the year when interest rates were going up.”

The $492.48 million GINN allocates 33.4% of its weight to tech stocks, by far its largest sector exposure.

Should inflation ease and 10-year Treasury yields hold steady or decline, GINN stands out as an ETF poised to benefit from both of those scenarios.

“With interest rates actually coming back down this summer, that took a lot of the pressure off of what we consider to be those long duration stocks, those growth stocks of which technology has a lot of those names in there as well. So, with that pressure being off, that certainly helped the sector as well,” adds Sekera.

While the technology sector is modestly overvalued today, that scenario isn’t particularly relative to the sector’s past bouts with elevated multiples. Additionally, GINN has avenues for augmenting that situation.

For example, some disruptive healthcare stocks, including biotechnology names, are scuffling this year, and that opens the door to valuation opportunities. Healthcare is GINN’s second-largest sector allocation at north of 18%.

According to Morningstar’s Sekera, the communication services sector is undervalued today, and that includes high fliers Alphabet (NASDAQ:GOOG) and Facebook (NASDAQ:FB). Those stocks combine for 4.1% of GINN’s weight, and the sector commands an allocation of 13.3% in the ETF.