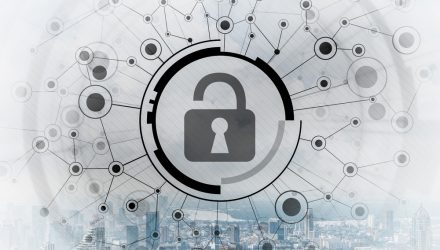 Gear Up for Cybersecurity Awareness Month With GTEK

Many investors might not know it, but Cybersecurity Awareness Month has been around for nearly two decades, and it’s more relevant than ever. This year, however, market participants are grappling with the fact that like other growth assets, cybersecurity names are struggling.

Risk-tolerant investors can wade back into the group in indirect fashion with the Goldman Sachs Future Tech Leaders Equity ETF (GTEK). As its name implies, GTEK is not a dedicated cybersecurity exchange traded fund, but a fair number of its holdings hail from that industry, levering the fund to a potential rebound. Importantly, the long-term case for cybersecurity investing remains compelling.

“The number and sophistication of cyberattacks have been growing for years, spurred by the rise of big data, cloud computing and remote work. With more data being accessed from more places than ever before, the complexity of securing digital systems has increased exponentially. The result: strong and growing demand for security services that could boost cybersecurity-related stocks for years to come,” according to Morgan Stanley research.

One way of looking at cybersecurity stocks today is that while growth equities are suffering at the hands of rising interest rates and inflation could be forcing corporate decision-makers to reduce spending in some areas, they don’t have that luxury when it comes to cybersecurity. Regardless of inflationary pressures and other macroeconomic concerns, companies can’t afford to skimp on cybersecurity expenditures.

“As the world creates more data and accesses networks in more ways, cybercriminals find new vulnerabilities to exploit. The number of significant cyberattacks has increased from just four major incidents in 2006 to a peak of 134 in 2020,” added Morgan Stanley. “As the number of attacks has grown, so has the cost to the victims. IBM found that the average cost of a data breach in the U.S. has grown from $3.5 million in 2006 to $9.4 million in 2022, a nearly 170% increase in 16 years.”

Those data points and others suggest that the growth trajectory for cybersecurity providers is enviable, potentially highlighting related long-term opportunities with GTEK.

“That growth is likely to continue in the coming years. In a recent survey of corporate chief information officers, Morgan Stanley Research showed cybersecurity spending appears poised to grow faster than other software categories. It’s also likely to be more resilient at a time when broader technology budgets could come under pressure, with respondents pointing to a lower likelihood of security spending cuts, compared to other areas in software,” concluded Morgan Stanley.