You are at:Home»Future ETFs Channel»Favorable Sector Setup for This New Tech ETF 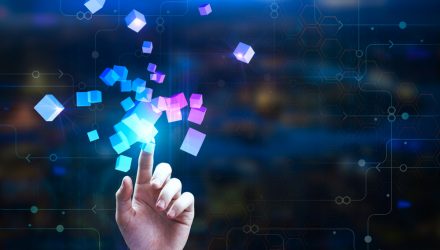 However, the new actively managed fund could have the makings of a rookie ETF success, and not just because it already has $172.41 million in assets under management. That’s an impressive statistic for an ETF that’s not even three weeks old, but what’s more relevant to the GTEK thesis is its sector positioning.

That’s another way of saying that some market observers are bullish on some of the groups to which GTEK is heavily allocated. Take the case of communication services, for example.

“With the shift from traditional TV and cable, advertisers have struggled but are quickly pivoting toward online mediums. Wireless service revenues and equipment sales are being supported by the initial rollout of fifth generation (5G) cellular technology,” says Charles Schwab’s David Kastner. “Longer term, we believe the continued expansion of 5G could further increase growth within the sector, as it continues to increase demand for equipment and services. Upgrading networks will require substantial capital investment, but federal government infrastructure initiatives could result in subsidies and investment.”

The communication services group is the second-largest sector exposure in GTEK at 14.7%. Not surprisingly, the fund focusing on disruptive tech names is heavily allocated to the technology sector. That group accounts for 72.2% of the GTEK roster.

“Longer term, a trend away from globalization and pent-up demand for productivity-enhancing technologies are likely to improve the already solid financial position for much of the sector. Counterbalancing the strong fundamentals, investor optimism about future growth potential has pushed many valuation measures to well above the historical average; higher interest rates can weigh on investors’ perceived value of future earnings,” adds Kastner.

Should interest rates decline, GTEK is positioned to benefit. Moreover, if the current inflationary climate is followed by a spell of deflation, some GTEK tech holdings could be big winners as mature tech companies are forced to liquidate obsolete products at fire-sale prices.

GTEK also allocates 7.1% of its weight to consumer discretionary stocks. This year, that sector is getting a lift from previously downtrodden apparel and brick-and-mortar retailers, indicating that with holiday shopping season fast approaching, GTEK’s online retail positioning could rise to the occasion for investors.