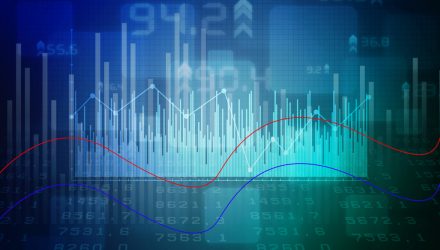 Among exchange traded funds, the Goldman Sachs Future Planet Equity ETF (GSFP) makes accomplishing the objective of long-term climate investing easier. One of the reasons that GSFP is an ideal avenue to climate-driven investing is that it focus on companies working on services and technologies that reduce greenhouse gas emissions.

“Climate change, or global warming from greenhouse gas (GHG) emissions caused primarily by human activity, poses a substantial danger to businesses and economies, human health and the natural environment,” according to Fidelity research.

To be sure, GSFP, which debuted last July, has near- and long-term merit. Over the long haul, corporations and governments could commit trillions of dollars to reducing greenhouse gas emissions and fighting climate change. Over the near term, those entities are beginning to get started on those initiatives, and that pressure is broad-based, coming from customers, investors, and regulators. Meeting those demands has investment implications.

“We also see a significant near- and long-term investment opportunity and portfolio risk mitigation potential as global markets and investors allocate capital and resources to innovative research and development efforts and companies catalyzing change,” adds Fidelity.

Adding to the long-term thesis for GSFP is the fact that some companies are showing a willingness to be allies in the fight against climate change. Some are even creating new businesses to that effect. Initiatives like that could broaden the total addressable market that GSFP member firms serve.

“Companies are changing or even creating new business models to reduce GHG emissions, including those working to ‘green the grid,’ decarbonize heavy industry, and bring new technologies to remove carbon from the atmosphere, among many other trends,” notes Fidelity.

Another point in favor of GSFP is that the Goldman Sachs ETF is actively managed — a management style that could be effective in a still-nascent investment concept, which climate change investing is. As an active fund, GSFP can better respond to emerging trends in climate aware investing while avoiding controversies, such as greenwashing. Add to that, it’s clear that GSFP taps into a megatrend.

“Climate change is a global issue that will affect every country, industry, sector, and business. In our view, this green transition is in the nascent stages but is likely an investing mega-trend where economic progress over the next century may be defined by climate investments,” concludes Fidelity.