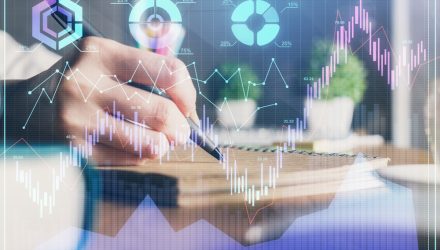 This year is still in its early innings, but two themes are already abundantly apparent. First, inflation continues proving sticky, and the January jobs report could compel the Federal Reserve to hike interest rates more than expected.

Second, inflation or not, the case for climate change investing remains as strong as ever. In other words, inflation isn’t denting the long-term thesis for assets such as the Goldman Sachs Future Planet Equity ETF (GSFP).

Potentially bolstering the case for GSFP is an interesting argument made by some experts. They theorize that global central banks won’t rush to raise rates to damp inflation because those moves could run counter to decarbonization efforts.

“Markets are betting they will raise rates well beyond that. We disagree, as such policies wouldn’t contain inflation without a heavy toll on growth. This is why we believe central banks will live with inflation for years to come as the world shifts to decarbonize,” according to BlackRock.

The $105.42 million GSFP, which debuted last July, could prove durable as central banks walk back rate hike chatter while acknowledging that the move to net-zero carbon will have inflationary effects.

“We expect the transition to reach net-zero carbon emissions by 2050 to transform the macro environment. Will it hurt growth or be inflationary? Compared with the past, yes. But we believe the rear-view mirror is irrelevant for what’s ahead. Climate change is here. An orderly transition should boost growth and mitigate inflation versus no climate action or an eventual rush to decarbonize, in our view,” notes BlackRock.

GSFP allocates about three-quarters of its weight to the industrial, materials, and technology sectors. That’s relevant for multiple reasons. First, those sectors are home to an array of companies that are developing technologies that could be vital in the fight against greenhouse gas emissions. Second, broadly speaking, those groups aren’t necessarily vulnerable. Some might even offer pricing power.

Overall, inflation might be around for longer than expected, but that doesn’t diminish the long-term outlook for GSFP. The case for the exchange traded fund is attractive because fighting climate change could be a wide-ranging positive catalyst for the global economy.

“Overall production costs will likely rise as the world shifts away from carbon-intensive energy sources. We see this happening whether the shift is prompted by carbon taxes, regulations or consumers simply choosing to pay more to avoid climate damages. The transition’s resource re-allocation will add to inflation, in our view, as demand and supply shift across companies and sectors,” concludes BlackRock.