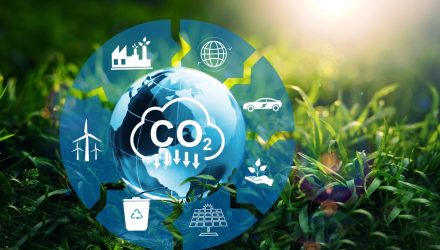 Big Decarbonization Spending Could Be Big for GSFP

Global decarbonization efforts are taking shape, and that’s a trend investors should be aware of because the dollar figures associated with these plans are massive. Try trillions with a “T.”

That highlights select exchange traded funds, including the Goldman Sachs Future Planet Equity ETF (GSFP). In fact, GSFP is arguably one of the most prominent ETFs in this conversation because its holdings are dedicated, in varying forms, to the decarbonization fight.

That could be a sign that GSFP, despite being just 16 months old, is at the right place at the right time for investors looking to take a long-term view of global decarbonization plans.

“Even under the relatively orderly scenario considered here, the economic transformation will be universal, substantial, and often front-loaded, with sectors, geographies and communities, and individuals facing uneven exposure. Among the challenges is the risk of short-term disorderly transitions in energy markets, and in the economy more broadly, if the ramp-down of high-emissions activities is not carefully managed in parallel with the ramp-up of low-emissions ones,” according to a McKinsey study.

Perhaps supporting the notion that GSFP is positioned for long-term success are data suggesting some consumer shifts are afoot, as are significant alterations in energy consumption.

“Our analysis suggests that under the NGFS Net Zero 2050 scenario, changes in policies, technologies, and consumer and investor preferences would lead to considerable shifts in demand for various goods and services. By 2050, oil and gas production volumes would be 55 percent and 70 percent lower, respectively, than they are today. Coal production for energy use would nearly end by 2050,” adds McKinsey.

“For example, steel production would increase by about 10 percent relative to today, but with low-emissions steel rising from one-quarter of all production to almost all production by 2050. In the agriculture and food system, the dietary shifts necessary for a net-zero transition would, over time and in the case of some consumers, move protein demand from emissions-intensive beef and lamb to lower-emissions foods like poultry,” concludes McKinsey.