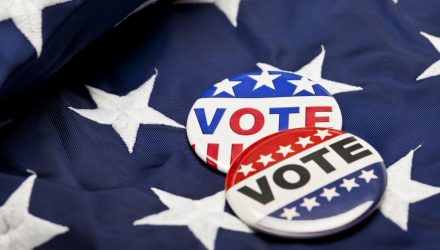 After Election Day, Things Could Get Interesting for GTEK

Election Day is about two weeks away, and it remains to be seen how much the composition of Congress will change, but it’s possible that even modest alterations could stir upside from some beaten-up assets.

Growth stocks could be part of that conversation, indicating that the Goldman Sachs Future Tech Leaders Equity ETF (GTEK) could be among the exchange traded funds investors may want to evaluate, depending on what happens on Election Day.

“The likelihood that Republicans flip the House in November remains fairly high, albeit with wide tails. However, we believe today’s gains might not be as great in magnitude as past elections, making it difficult for history to repeat,” according to Goldman Sachs Asset Management (GSAM).

The biggest headwind confounding GTEK and disruptive growth stocks this year is rising interest rates, and those rising rates are the central tool in the Federal Reserve’s inflation-fighting arsenal. Some market observers and political pundits argue that rampant government spending is stoking inflation, indicating that a change in Congressional majorities could act as a handcuff on further elevated spending.

“Still, the hurdle to flipping the House is much lower today. Republicans will only need to pick up five seats to flip control of the House, a threshold that has only been equal to or lower two other times in modern history,” added GSAM. “Meanwhile, in the Senate, candidate quality is paramount with fewer races overall. Ultimately, current polling suggests a strong likelihood of a divided government going forward.”

Again, there are no guarantees of history repeating, but remember that for the bulk of the 1990s, the government was divided and tech stocks enjoyed one of their best runs on record. On the other hand, there’s a chance that not much will change but that the Fed will lay off rate hikes next year in a bid to not harm the economy, possibly helping GTEK along the way.

“In our view, election outcomes may have implications for broader policies. But, for markets, the statistical strength of the relationship between elections and markets has historically been weak. We expect macro risks and fundamentals to be dominant drivers of market returns,” concluded GSAM.