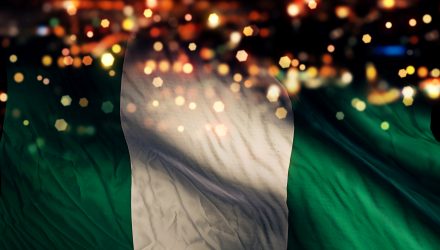 With emerging markets stocks and ETFs surging this year, frontier markets may be getting lost in shuffle, but that does not mean they are disappointing. Just look at the iShares MSCI Frontier 100 ETF (NYSEArca: FM), which is up about 25% year-to-date.

“Several countries saw rising GDP growth in 2Q17, including Nigeria, Ghana, Ecuador, Mongolia and Vietnam. Export growth has been improving in three quarters of the countries on JP Morgan’s Next Generation Market Index (NEXGEM) and FX reserves have been rising in two thirds of the countries,” according to Fitch Ratings.

Vietnam and Nigeria combine for over 18% of FM’s weight with the former being the ETF’s third-largest country allocation.

Frontier markets are not as connected to each other as emerging and developed markets, which are more closely tied to the global economy – the MSCI Frontier Market Index has exhibited a low correlation to both the MSCI Emerging Markets Index and the MSCI World Index. Due to their more isolated nature, frontier markets can be more volatile, but the isolation offers a degree of resiliency in periods of increased global uncertainty, which may further help these economies dodge the storm from President Donald Trump’s protectionist policies in the U.S.

“Frontier markets have seen a further improvement in economic activity in recent months,” said Fitch. “The stabilisation in commodity prices has helped resource producers and the pick-up in Chinese import growth has been widely felt.”