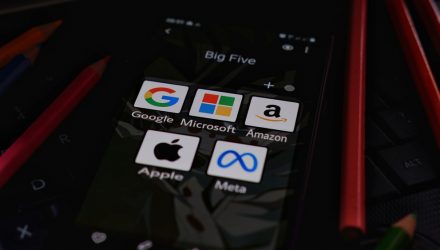 Big tech had a rough 2022. While the S&P 500 ended the year down 20%, the tech-heavy Nasdaq Composite dropped 34%, while tech giants like Microsoft, Google parent Alphabet, and Amazon saw their stock prices fall 28%, 39%, and 51% for the year, respectively.

In a webinar hosted by FCF Advisors, the investment manager called into question how sustainably profitable these FAANG stocks were and suggested that these giant tech stocks peaked in 2022.

“Mega-cap technology companies had a really, really tough year,” said Bob Shea, CIO of FCF Advisors. “There was a significant rotation away from them.”

Shea added that this was one of the reasons why FCF was “significantly underweight FAANG stocks.”

“We’re a quant company; we go where the data takes us,” he said, adding that the firm also goes “where the free cash flow takes us.”

The company’s flagship strategy, the FCF US Quality ETF (TTAC) aims to outperform the Russell 3000 through a fundamentals-driven investment process that selects about 150 stocks based on free cash flow strength. Its holdings are then weighted by a modified market-cap log transformation, allowing increased exposure to companies with the strongest proprietary free cash flow rankings.

Because it focuses on companies’ free cash flow rather than earnings, TTAC was overweight to information technology, energy, and healthcare versus the Russell 3000 at the end of December 31 (by 6.55%, 4.48%, and 2.95, respectively), while underweight financials, industrials, and communication services (-3.09%, -3.64%, and -5.13%, respectively).

TTAC’s portfolio will also be rated with an ESG score, excluding companies with low ESG ratings. Firms with an extreme rise in shares count and increase in leverage are excluded.