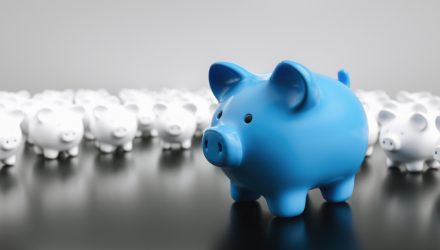 Protect the Downside in High Yield Exposure With This ETF

As the capital markets are well aware, 2022 wasn’t the best year for bonds, but while prices were depressed, yields shot higher. To extract maximum income in 2023, investors may want to take a look at high yield, but also protect the downside should things go awry.

While the expectation is that the U.S. Federal Reserve will decrease the pace of rate increases, there’s always the potential of a recession. As such, this could open the floodgates for safe haven asset accumulation, which could spur an increased appetite for bonds.

As a Financial Times report noted, investors are once again dipping their toes back into the bond market. The report said that investors are actually overweight bonds for the first time in over a decade with yields being a major attraction.

“The resulting rise in yields is drawing in buyers who argue that bonds have not looked so attractive for years,” the FT report said. “The yield on the Bloomberg global aggregate index climbed as far as 4 per cent in October, up from 1.3 per cent at the start of the year and the highest level since 2008.”

As mentioned, the shift to bonds comes at the expectation that rate increases subside. Rates could be going up for the wrong reasons, according to some market experts.

“The inflation data is great, my main concern next year remains the same. I still think bond yields will shift higher for the wrong reasons … I still think September this year was a nice warning about what can come if governments carry on spending,” said Peter Toogood, chief investment officer at Embark Group.

High Yield With a Tactical Component

That said, nobody has a crystal ball for the bond markets in 2023. Therefore, protecting the downside is a necessity.

The fund aims to capture most of the upside and avoid the majority of the downside of the high yield asset class during a full credit market cycle. In order to accomplish this, it uses defensive tactical indicators to mitigate downside volatility and preserve capital by shifting primarily towards intermediate-term Treasury exposure during market declines.