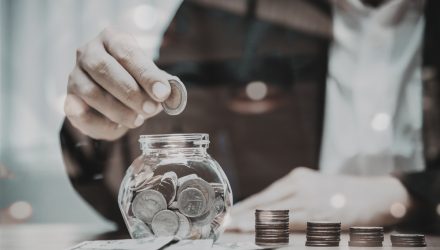 Net income for Wall Street’s largest banks – JPMorgan Chase, Morgan Stanley, Citigroup, and Wells Fargo – tumbled in the third quarter as volatile markets stymied investment activity. The Federal Reserve has been raising interest rates at an aggressive clip to tamp down record-high inflation. While rising rates tend to prop up profits for banks, the risk of an impending recession dampened banks’ earnings. But now their eyes have turned towards shoring up their free cash flow.

On the upside, banks set aside more cash in anticipation of a potential economic slowdown. JPMorgan, for example, added $808 million to reserves, while Citi set aside $370 million, and Wells had a $385 million increase to allow for lending losses.

And despite the loss in net income, shares of JPMorgan and Wells Fargo rose 2.5% and 3.7%, respectively, while Citi stock went up 1.2% after their earnings reports revealed that their profit drops weren’t as bad as analysts had originally feared.

“JPM also said it hopes to be able to resume stock buybacks early next year, although other banks were less bullish with Citi saying buybacks continue to be on hold and Wells Fargo saying it continues to be prudent about buybacks,” according to Reuters.

The media outlet quotes Eric Theoret, global macro strategist at Manulife Investment Management, as saying that investors should want to see banks building their reserves at this point in the economic cycle.

“They’re bracing for a hard landing because they’re building the reserves,” said Marinac. “But that’s not necessarily a bad thing.”

With a potential recession on the horizon, investors may want to reinforce their portfolios by targeting companies with solid free cash flow characteristics. Free cash flow is the cash left over after a company has paid expenses, interest, taxes, and long-term investments. It is used to buy back stocks, pay dividends, or participate in mergers and acquisitions.

FCF Advisors specializes in free cash flow investment strategies, primarily through its Free Cash Flow Quality Model. They have been focused on this factor since 2011 and are specialized in multi-factor fundamental analysis grounded in decades of research.

TTAC aims to outperform the Russell 3000 through a fundamentals-driven investment process that selects an average of 144 stocks based on free cash flow strength. Its holdings are then weighted by a modified market-cap log transformation, allowing increased exposure to companies with the strongest proprietary free cash flow rankings.

TTAI, meanwhile, aims to outperform the MSCI All Country World Index excluding the U.S. through an active investment process. A quant model is used to rank stocks based on proprietary measures of free cash flow. Roughly 140 of the highest-ranked stocks are selected and then weighted on a modified market-cap basis.

Both ETF portfolios will also be rated with an ESG score, excluding companies with low ESG ratings. Firms with an extreme rise in shares count and increase in leverage are excluded.