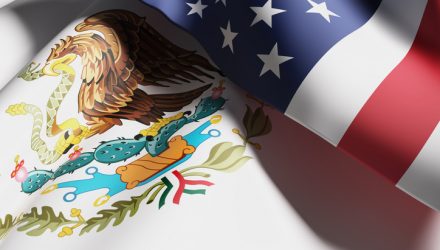 The Mexico country-specific exchange traded fund has been among some of the best emerging market performers this year, surging on a quickly appreciating Mexican peso as the U.S. dollar weakened against a basket of international currencies.

“The first, and by far the most important one, is currency. The Mexican peso went from being the worst-performing currency against the dollar to being the best-performer in 2017,” Alanis told CNBC. “Of the 30 percent gains in the EWW, two-thirds of those are currency-related.”

EWW tries to reflect the performance of the MSCI Mexico IMI 25/50 Index, which does not hedge its currency risks. Consequently, a strengthening peso has translated to an improved U.S.-dollar denominated return for EWW investors.