You are at:Home»Featured»Flying Stinks and You Deserve It 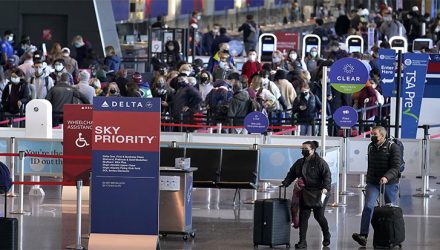 Flying Stinks and You Deserve It

I was faced with an interesting economic choice last week when shopping for plane tickets from Myrtle Beach to Nashville. I was offered coach tickets for $300 and first class tickets for $500.

Any reasonable person would consider me more affluent than the average traveler, so for me, this decision was pretty straightforward—I got the first class tickets. You get free bags, you get to board first, you get free drinks, and depending on the airline, you might get lounge access. It seemed like such a good deal. I couldn’t give them my money fast enough. As it is, airlines semi-routinely upgrade me to first class, but I rarely pay for a first class ticket outright. I’m not so tall or overweight that I can’t easily fit in an economy seat.

Having said that, flying first class on a domestic airline is really nothing special, as everybody knows by now. The first time I flew first class was in 2000, when Lehman Brothers paid for me to fly from San Francisco to New York. I got a three-course meal with chilled silverware, and constant attention from the flight attendants. Nowadays, you get a slightly larger seat and not much else. It is marginally more comfortable. First class or business class is in high demand for international travel, where flying for 12 hours in an economy seat can be pretty unpleasant.

People seem to universally dislike air travel these days because of the spartan conditions, the COVID rules, and encounters with the TSA, which are not the airlines’ fault. Flying is an execrable experience, and I know a handful of people who won’t fly because they refuse to put up with it. But if you know the history of the economics behind the business, and how we got here, it puts our complicated relationship with the airlines in perspective.

As recently as the 1970s, the airline industry was completely regulated, to the point where the government completely determined routes and fares. Since airlines couldn’t compete on the basis of price, they had to compete on service—like, which airline had the best food, the most comfortable seats, and the friendliest flight attendants. Periodically, I see photographs of air travel pre-1980s on social media, with spacious seats, impeccable service, and everyone dressed for the occasion.

The economics don’t support that anymore. As the airlines were deregulated, they were finally allowed to compete on price for the first time, and fares began to drop. They continued to drop until they finally bottomed in 2013, when a New York to Los Angeles round trip ticket reached $230. There were numerous bankruptcies along the way.

The prevailing narrative is that deregulation, or a lack of regulation, is good for corporations. But counterintuitively, deregulation ended up hurting the airlines but benefitted consumers, which is a lesson that could be extended to a number of industries where the major players are shielded from competition.

Of course, the creature comforts gradually disappeared, and consumers began to complain about the lack of amenities. But I didn’t hear anyone complaining about the reduced prices. Consumers said one thing and meant another—they said they wanted steak tartare, but kept demanding cheaper and cheaper tickets. That is where we are today—flying stinks, but it is very, very cheap.

The antidote to this is to fly first class, which, even after adjusting for inflation, is cheaper than a coach ticket in 1981. What the airline industry has not done is offered tiered service beyond first class, like perhaps an entire aircraft outfitted for first class-like service. And that is because people don’t want it—it would make no economic sense. That may change soon, as a handful of startups strive to bring back supersonic travel—and make it affordable. One day, airlines may compete not only on the basis of price, but also on speed.

I get it—flying is awful. The airlines don’t bear much responsibility for this—it is due to competitive forces beyond their control. I assure you that if the airlines thought they could make more money by offering a higher tier of service for more money, they would do it. But nobody is willing to pay for it. No matter what people say, deep down, all they care about is getting from A to B as inexpensively as possible. Anybody can buy first class tickets at any time—and most people pass. In fact, a preponderance of people sitting in first class are there because they got upgraded.

Decades ago, air travel was predominantly for the rich. Now, almost anyone of any income can travel. This is a good thing. Not so good for airline shareholders, and not so good for the person in seat 36C by the lavatory. The alternative is to fly private, and demand for that is off the charts. Even the price of that will come down, eventually.

P.S. Mauldin Economics’ most elite service—The Alpha Society—is closing down at midnight tonight. If you accept this invitation to join, you will receive full credit for any of your active subscriptions toward your membership cost, dollar for dollar. That means if you are one of my Street Freak or Strategic Portfolio members—you will receive credit. Plus, we have some exciting bonuses this year. Please take a look at this time sensitive invitation and see if it’s right for you—doors are only open until midnight tonight!