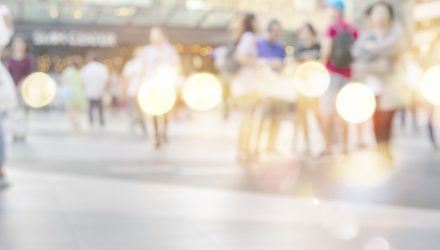 The Federal Reserve again raised interest rates on Wednesday, marking the fifth time it has done so since the start of 2017. Bond market observers believe the Fed could increase rates two more times before the end of this year, but that is not preventing departures from some exchange traded funds tracking financial services stocks.

However, the The Financial Select Sector SPDR (NYSEArca: XLF), the largest ETF tracking the sector, is now sporting a second-quarter loss of almost 5% and data indicate some investors are leaving the Vanguard Financials ETF (NYSEArca: VFH).

VFH “had almost $160 million of outflows on Tuesday, the most since September 2016. It also saw a spike in activity Wednesday, as investors traded $156 million, or more than triple the average daily volume for the past year. A $48 million trade was the day’s largest and appeared to be a block sale,” reports Bloomberg.