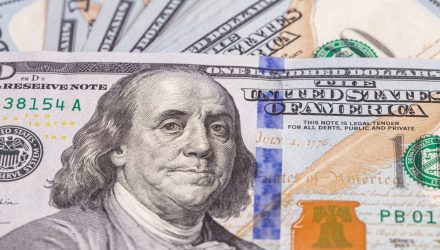 Rising interest rates amid central bank tightening in the U.S. has been decimating both stocks and bonds in emerging markets (EM). Still, for the latter, emerging markets debt offer a way for fixed income investors to extract more yield.

In the meantime, EM investors will still be watching how the U.S. Federal Reserve adjusts monetary policy to tame inflation. The prevailing notion is that more tightening will take place, which could further sour the taste for bonds, but in turn, yields could push higher.

“Compared with other currencies, the U.S. dollar is the strongest it has been in two decades,” a New York Times article mentioned. “It is rising because the Federal Reserve has increased interest rates sharply to combat inflation and because America’s economic health is better than most.”

“Together, these factors have attracted investors from all over the world,” the New York Times article added further. “Sometimes they simply buy dollars, but even if investors buy other assets, like government bonds, they need dollars to do so — in each case pushing up the currency’s value.”

A way to combat rising interest rates is to simply chase more yield. EM debt offers attractive yield options if fixed income investors are willing to accept more risk, which could be mitigated by going for government bonds.

One convenient way to get EM bond exposure with a focus on safer government bonds, exchange traded funds (ETFs) can offer that level of exposure. One fund to consider is the Vanguard Emerging Markets Government Bond Index Fund ETF Shares (VWOB).

Getting exposure to EM debt comes at a 0.20% expense ratio for VWOB. For that, the fund comes with a 30-day SEC yield of just over 7% as of October 3.

The average duration for the fund’s holdings is around seven years, giving the fund intermediate-level exposure to help capture yield while also limiting duration risk. In terms of country allocations, the top three are comprised of Mexico, Saudi Arabia, and Indonesia.