You are at:Home»Fixed-Income»Word of Caution on the Rising Popularity of Junk Bonds 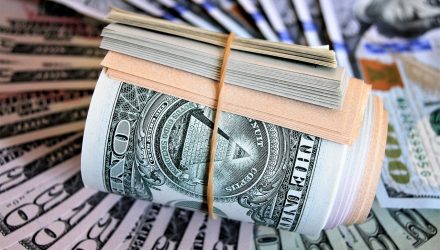 Word of Caution on the Rising Popularity of Junk Bonds

Speculative-grade debt and junk bond-related exchange traded funds are attracting greater attention among yield seekers, but some institutions are warning investors to not go overboard with this risky asset.

Meanwhile, corporate debt is reaching its highest level since before the financial crisis, which has caused Moody’s to warn that substantial trouble is ahead for junk bonds when the next downturn arrives.

The ratings agency said the ongoing low-rate environment and investor appetite for yield have pushed companies to issue huge amounts of debt that provide low levels of protection for investors, CNBC reports.

The “prolonged environment of low growth and low interest rates has been a catalyst for striking changes in nonfinancial corporate credit quality,” Mariarosa Verde, Moody’s senior credit officer, said in a report. “The record number of highly leveraged companies has set the stage for a particularly large wave of defaults when the next period of broad economic stress eventually arrives.”

While the current default rate is just 3% for junk-rated credit, the calculated rate is based on favorable conditions that may not last.

Companies Are Taking on High Levels of Debt

Since 2009, the level of global non-financial companies rated as speculative or junk jumped by 58% to the highest level ever, with 40% at credit ratings B1 or lower, the point that Moody’s considers “highly speculative,” as opposed to “non-investment grade speculative.”