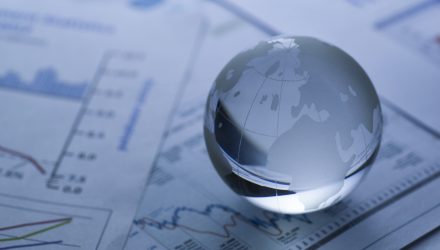 With Neutral Near, This Corporate Bond ETF Could Work

The Federal Reserve will likely deliver its fourth interest rate hike of 2018 later this month, but recent commentary from Fed Chair Jerome Powell indicates the central bank could slow its pace of rate hikes next year.

With a neutral stance on rates becoming more of a reality, some intermediate-term fixed income exchange traded funds could be worth examining. That includes the iShares Intermediate-Term Corporate Bond ETF (NASDAQ: IGIB). IGIB has an effective duration of 6.15 years, according to iShares data.

Interest In The Intermediate

Various data points indicate a neutral view on U.S. interest rates is not too far off.

“Our analysis pegs the current U.S. neutral rate at around 3.5%, a little above its long-term trend,” said BlackRock. “While uncertainty abounds over where neutral lies in the long run, our estimate sits in the middle of the 2.5% to 3.5% range identified by the Fed.”