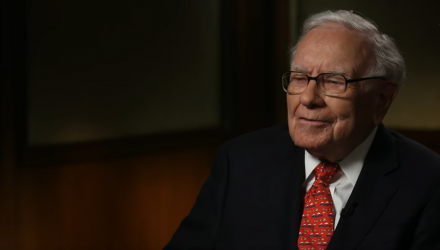 Value investing guru Warren Buffett remembers the financial crisis in 2008 all too well–while the rest of the capital markets were in a frenzy as the subprime mortgage crisis helped spur a meltdown in the banking sector, notably the bankruptcy filing by Lehman Brothers, Buffett was doing the opposite of the bearish masses–buying U.S. stocks.

As investors saw nothing but a sea of red in the prices of stocks, Buffett was seeing green–as in the green light to step on the buying accelerator pedal.

“In short, bad news is an investor’s best friend,” said Buffett in a 2008 op-ed in the New York Times.  “It lets you buy a slice of America’s future at a marked-down price. Fears regarding the long-term prosperity of the nation’s many sound companies make no sense. These businesses will indeed suffer earnings hiccups, as they always have. But most major companies will be setting new profit records 5, 10 and 20 years from now.”

Ten years later, Buffett’s words ring true as the U.S. stock market has seen record highs, such as the S&P 500 becoming the longest bull market in history and the Nasdaq Composite surpassing the 8,000 mark. FANG stocks (Facebook, Amazon, Netflix, Google) have led the rise in growth for U.S. equities and companies like Apple and Amazon have already crossed the $1 trillion valuation mark.

The questions regarding the market now revolve around how long this bull market has left to run, and will a recessionary state of similar scale to 2008 result as the steam runs out of the stock market? How do investors approach the market if the herd mentality suggests selling?