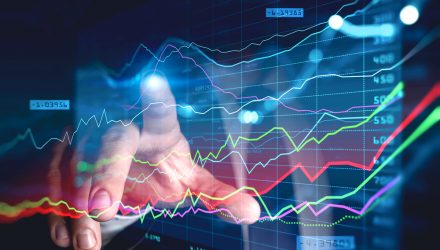 Vanguard Slashes Fees on a Number of ETFs

The price war continues in the battle to see who can offer the lowest-priced exchange traded fund (ETF) products with Vanguard slashing fees on 17 funds.

A number of Vanguard’s fixed income ETF product suite received a one basis-point discount — many of which were already low to begin with, such as the the Vanguard Total Corporate Bond ETF ETF Shares (VTC). VTC’s expense ratio is now just 0.04%, which should give fixed income investors something to cheer about if they’re looking for corporate debt exposure.

Given the popularity of environmental, social, and governance (ESG) investing, it might seem that fees would go higher. Vanguard actually cut the expense ratio on the Vanguard ESG U.S. Stock ETF (ESGV) by three basis points to 0.09%.

Vanguard also shaved off some basis points from a number of mutual funds as well. A year-end cutting of fees heading into 2022 could hopefully bring investors off the cash sidelines and into more ETFs.

“Flows are showing money pouring out of mutual funds and into ETFs and they are being aggressive to do everything to stem outflows and attract new capital,” Bloomberg Intelligence analyst James Seyffart said. “Other legacy managers with no strategy for the ETF ecosystem and who aren’t cutting fees are basically sticking their head in the sand, as far as I’m concerned.”

JUST IN: Vanguard cuts fees on a bunch of ETFs and MFs. Notable a slew of FI ETFs are now 4bps and ESG is now 9bps (cheapest on Earth). pic.twitter.com/xFfBf49rcs

Vanguard isn’t new to the low-cost ETF game. In fact, this has always been a part of its product structure and helps the provider separate itself from other competitors.

“Vanguard — known for its low-cost approach — has dominated in that environment, with the $8.4 trillion asset manager poised to take in the most cash of any issuer for the second straight year, according to Bloomberg Intelligence data,” a Bloomberg report notes.

Vanguard’s countermove came after Dimensional Fund Advisors also cut its fees on fund products. It’s not like the company had to respond, given its reputation.

“Vanguard has banked so much goodwill by constantly cutting when nobody asked for it,” said Bloomberg Intelligence ETF analyst Eric Balchunas. “They are in such a position of trust.”

The move was more of a sign of the times. In order to dial up interest, sometimes it’s necessary to dial down fees in this current ETF landscape.

“Vanguard’s move is yet another reminder the ETF fee war never ends,” said Nate Geraci, president of The ETF Store. “The ETF space continues to be a brutally competitive existence for issuers, but utopia for cost-conscious investors.”