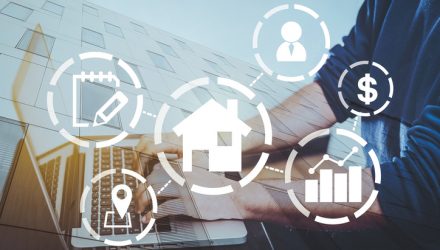 As a way to diminish risk exposure in an environment of heightened volatility, investors can look to cash alternatives like ultra-low duration bond ETFs to wait out further market oscillations.

Investors have been piling into the safety of money market funds at the highest level since the financial crisis, CNBC reports.

According to Factset and Bank of America Merrill Lynch data, money market funds have brought in $322 billion over the past six months, the fastest pace of inflows since the second half of 2008, putting total assets under management to nearly $3.5 trillion.

“You could be contrarian and say [the money market flow is]positive, because if the market actually steadies itself and there’s a detente [in the trade war], that money’s going to go back into the equity market,” Quincy Krosby, chief market strategist at Prudential Financial, told CNBC. “From a contrarian standpoint, it would be helpful.”

After last time there was this amount of buying into money market funds, Wall Street soon began its decade long bull market.

Nevertheless, with heightened market uncertainty, total money market assets are now at their highest level since September 2009. The funds have experienced inflows for every month this year except for April as assets expanded nine of the past 10 weeks while the broader stock market tackled a number of issues largely associated with the trade dispute between the U.S. and China, along with lingering concerns of a recession.

“There’s been enough headlines, whether you’re talking politics, trade concerns or whether or not we’re heading into recession for the money to go into those markets,” Krosby added.

Investors who are seeking cash substitutes may look to actively managed, ultra-short duration bond ETFs that are more free to adapt holdings in a shifting market environment and generate a decent yield along the way.