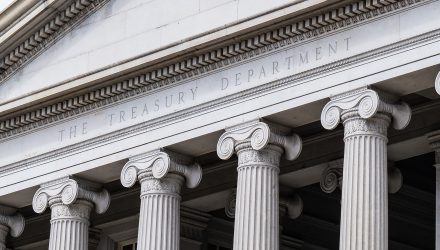 Bonds, bonds and more bonds has been the theme the past few months in the capital markets. If the trend continues through April 2020, a cross promotion with the latest James Bond installment, “No Time to Die,” would be auspicious as the thirst for bonds doesn’t appear to be dying anytime soon.

In particular, Treasury notes have been dominating the list of the top 10 best-performing bond exchange-traded funds (ETFs) YTD. It’s not a surprising development given the way yields in safe haven government debt has been falling, which in turn, causes prices to move higher.

The U.S.-China trade war and rising dollar were major factors in the latest index reading, according to some analysts.

“Clearly the trade war and strong dollar continue to weigh on domestic goods producers – the report itself summed it up well stating, “Global trade remains the most significant issue”. Given this, one has to wonder how impactful incrementally lower rates may or may not be,” wrote Jon Hill, an interest-rate strategist at BMO Capital Markets.