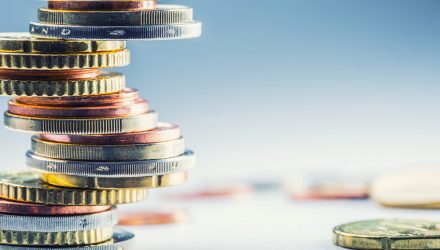 Treasury ETFs Slip on a Surge in New Debt Issuance

Meanwhile, the schedule for corporate new issues is picking up as we enter the historically busiest period of the year, the day after the U.S. Labor Day holiday.

“Call it a lot of gross supply in a short week,” Stefan Dannibale, head of U.S. Treasury trading and sales at StoneX Group Inc, told Bloomberg. “It seems like the market’s having indigestion with it.”

The Treasury auction cycle starts with a $58 billion three-year new issue on Tuesday, along with $38 billion in 10-years and $24 billion in 30-years over the next two days.

In the dollar-denominated corporate debt market, 20 issuers are expected to bring up offerings for Tuesday.

“Bond market issuance has returned with aplomb, and this, plus the pending event risk of Thursday’s ECB meeting, is meaning that U.S. and European investment-grade credit and rates markets needs to cheapen,” Peter Chatwell, head of multi-asset strategy at Mizuho International Plc, told Bloomberg.

In the current environment, Mark Nash, a money manager at Jupiter Investment Management, has downgraded his stance on U.S. treasuries and German bunds to short from neutral this week.

“As long as growth is good and the Fed don’t hike early, then bond yields can rise,” Nash told Bloomberg.