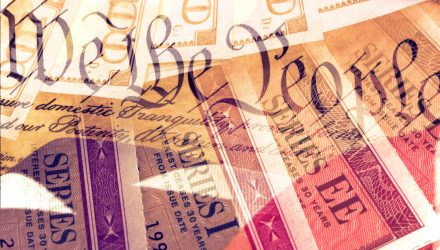 Treasury bond exchange traded funds have been on the mend, rebounding on the uncertainty over the Russia-Ukraine war and slowing growth concerns.

The recent gains helped offset the losses this year as inflationary pressures, and the prospects of multiple Federal Reserve interest rate hikes weighed on bond funds. The options market even showed traders were previously betting on seven or more rate hikes this year. Year-to-date, IEF was down 1.6%, and TLT was 5.1% lower.

The falling yields and rising Treasury bond prices reflect investors’ growing concerns and doubts that the Fed would aggressively hike rates in these more uncertain times.

There is an “important story here that we are now observing, which is the reassertion of correlations, which means when stocks go down, Treasurys prices can go up,” Gene Tannuzzo, global head of fixed income at Columbia Threadneedle Investments, told the WSJ. Money managers, he added, greatly “prefer to have assets that don’t move in the same direction at the same time.”

Many have returned to U.S. Treasuries as a safe-haven play in the face of growing global uncertainties stemming from the Russia-Ukraine war. Some analysts even warned that there could be a variety of bad economic scenarios due to the war and resulting sanctions against Russia.

“I’m cognizant of the idea that we’ve never put sanctions on a central bank the size of Russia before, we’ve never isolated [such a]major energy-producing economy before,” John Briggs, head of strategy for Americas at NatWest Markets, told the WSJ.

As a result, “I think we should expect volatility to continue whether explained or unexplained for a little while here,” Briggs added.