You are at:Home»Fixed Income Channel»Tesla Bonds an Option for Elon Musk to Raise Capital 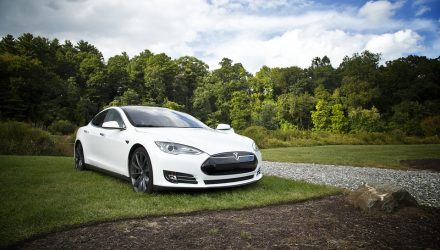 Tesla Bonds an Option for Elon Musk to Raise Capital

After Tesla CEO Elon Musk did an about-face with his decision to go private, it left the electric automaker  looking once again at a $10.5 billion debt load with the possibility of needing to raise more capital to keep it afloat. Tesla has $1.3 billion in debt due in the next 12 months with about as much cash stashed in its coffers, and analysts are expecting the company to burn more cash through the rest of 2018.

Analysts are citing bonds as a way to raise capital–a convertible bond issue or straight debt. The former allows investors to convert their debt issues into for equity in the company given the share price rising to a specified level, allowing them to realize in gains in share price while still having the bond repayment feature should the shares fall.

According to Jeffrey Osborne, senior research analyst, Cowen Inc., the convertible bond option might attract short sellers, which Musk cited when his plans to go private initially surfaced. Owners of the convertible bond would be prone to hedging their bond positions by simultaneously shorting the stock.

The latter option calls for Tesla issuing straight debt, which would be similar to the existing 5.3% coupon junk bond that matures in 2025. That junk bond is currently trading below par at 87.13 cents on the dollar–this would prevent Tesla from obtaining similar or more favorable terms.