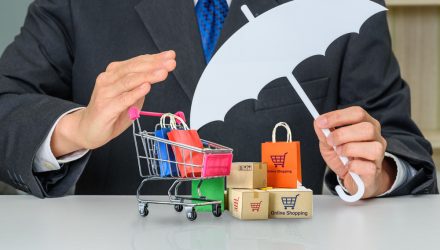 Various economic forces are dampening consumer sentiment regarding the U.S. economy. With factors like rampant inflation ahead, bond investors may want to shorten duration exposure.

“Consumer sentiment slumped again in March, hitting its lowest level since August 2011, the University of Michigan reported Friday,” a CNN article says. “High inflation, volatile oil prices, geopolitical unrest and now rising interest rates, have left consumers with a bitter taste about the state of the US economy.”

Just a year ago, the consumer sentiment in March was 84.9. Enter the confluence of the aforementioned factors, and that number has fallen to 59.4 this year.

“When asked to explain changes in their finances in their own words, more consumers mentioned reduced living standards due to rising inflation than any other time except during the two worst recessions in the past fifty years: from March 1979 to April 1981, and from May to October 2008,” said Richard Curtin, chief economist for the University of Michigan Surveys of Consumers.

“Moreover, 32% of all consumers expected their overall financial position to worsen in the year ahead, the highest recorded level since the surveys started in the mid-1940s,” he added.

Investors who want to shorten duration but stay within the safe confines of government debt can look at the Vanguard Short-Term Treasury ETF (VGSH). This ETF offers exposure to short-term government bonds, focusing on Treasury bonds that mature in one to three years.

It can be an ideal option, given the uncertainty in the current market environment. Bonds can offer investors a safe haven against stock market volatility, while short-term bonds limit the risks of potential rate rises that can rob investors of fixed income opportunities.

For investors who want a little more yield and are willing to accept higher credit risk, there’s the Vanguard Short-Term Corporate Bond Index Fund ETF Shares (VCSH), which is worth considering. VCSH seeks to track the performance of a market-weighted corporate bond index with a short-term dollar-weighted average maturity.

The fund employs an indexing investment approach designed to track the performance of the Bloomberg U.S. 1-5 Year Corporate Bond Index. This index includes U.S. dollar-denominated, investment-grade, fixed-rate, taxable securities issued by industrial, utility, and financial companies, with maturities between one and five years.