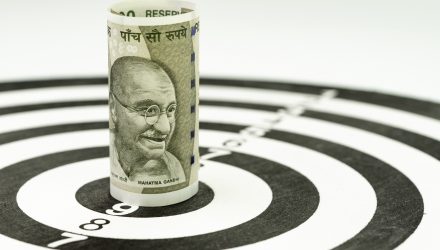 As India’s economy continues to experience its doldrums, companies looking for a capital infusion are making the sales of risky corporate bonds weaker.

Per an article in Bloomberg news, “issuance of notes graded A+ and lower plunged 84% last quarter from a year earlier to 22.6 billion rupees ($329 million), the least in five years, according to data compiled by Bloomberg. Borrowing costs have also jumped for issuers with lower debt scores, as a crisis in India’s shadow banking sector saps investor demand for riskier securities.”

“Lower-rated corporate bond sales have fallen because there is absolutely no risk-taking ability among investors at the moment,” said Ajay Manglunia, managing director and head of institutional fixed income at JM Financial Products. “Lack of financing may result in companies slowing down their expansion plans.”

In the meantime, emerging markets as a whole could see benefits from an impending rate cut from the U.S. Federal Reserve.

As the capital markets look to possible rate cuts by the Federal Reserve before year’s end, a weakening dollar could feed into emerging markets (EM) strength and pave the way for gains in the EM space.

“Aside from actually cutting U.S. interest rates, one of the most reflationary stimuli is a decline in the dollar,” said Sean Darby, global equity strategist at Jefferies, in a note. “The fact that so many dollars were borrowed by [emerging-market] sovereigns and foreign companies during the QE (quantitative easing) era meant that when Fed policy shifted to hiking rates and reducing the Fed’s balance sheet, many emerging market countries found themselves raising rates even faster during 2016-18.”

2018 saw four interest rate hikes which helped decimate the emerging markets (EM) space, but 2019 thus far has been a year of redemption, and more strength could be on the way if analysts are correct in forecasting an interest rate cut before the end of the year.

EMB seeks to track the investment results of the J.P. Morgan EMBI Global Core Index composed of U.S. dollar-denominated, emerging market bonds. The fund generally will invest at least 90% of its assets in the component securities of the underlying index and may invest up to 10% of its assets in certain futures, options and swap contracts, cash and cash equivalents, as well as in securities not included in the underlying index. The index is a broad, diverse U.S. dollar-denominated emerging markets debt benchmark that tracks the total return of actively traded external debt instruments in emerging market countries.