You are at:Home»Fixed Income Channel»Old Bond ETFs Could be in Style Again 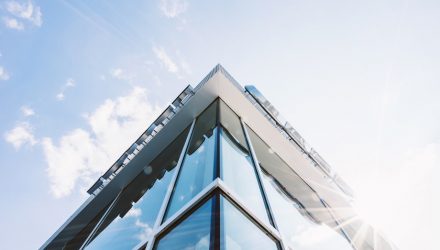 Old Bond ETFs Could be in Style Again

The American Recovery and Reinvestment Act of 2009 spurred the creation of build America bonds and some related exchange traded funds.

The legislation established a Direct Payment Bond, which BAB will invest in. The federal government will give the bond issuer a direct payment of 35% of the interest rate on the bond, allowing municipalities to compete with the corporate bond markets. The bonds could entice nontaxable investors like pension plans and attract investors who are looking for corporate bond-style interest rates without the risk of defaults, writes Cinthia Murphy for IndexUniverse.

Following the introduction of build America bonds, ETFs such as the Invesco Build America Bonds Portfolio Fund (NYSEArca: BAB) appeared, but these bonds have not gotten much fanfare in recent years because the government stopped issuing them several years ago. With changes in Congress following the recent midterm elections, ETFs like BAB could again be in focus.

“Talk of major infrastructure legislation has gained ground as investors marked it out as the rare area where Democrats and President Donald Trump shared common ground,” reports Sunny Oh for MarketWatch. “That has drawn speculation of the potential re-introduction of Build America Bonds, taxable municipal bonds issued by local governments to finance infrastructure projects, that came to life in 2009 when former President Obama launched a wave of fiscal stimulus measures to revive a recession-hit economy.”

BAB holds 290 bonds and tracks the ICE BofAML US Taxable Municipal Securities Plus Index. While issuance of build America bonds has been scant in recent years, investors still like BAB as highlighted by the ETF’s $854.5 million in assets under management.

The ETF has an effective duration of eight years. Duration measures a bond’s sensitivity to changes in interest rates. BAB has a yield-to-worst of 4.43% and a 30-day SEC yield of 4.12%.

“The need for infrastructure spending has been felt on both sides of the aisle. The American Society of Civil Engineers estimated the total cost of leaving the U.S.’s potholed roads, aging airports and rusting bridges in disrepair amounted to more than $4 trillion by 2025. They estimated the gap needed to keep U.S. existing infrastructure in adequate shape at $1.4 trillion,” according to MarketWatch.

For more on the bond market, visit our Fixed Income Channel.