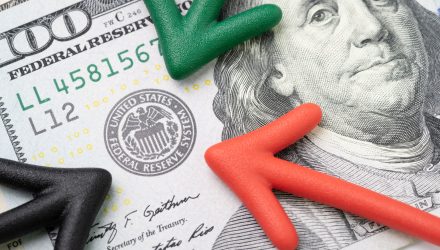 After the Federal Reserve revealed it will allow inflation to push slightly above its target range, municipal bonds and related ETFs strengthened, with muni yields slipping down by the most in three weeks.

The Federal Reserve held interest rates steady Wednesday and acknowledged rising inflationary pressures, but officials gave little indication that they were worried about the sudden escalation in prices or the slowdown in economic growth, the New York Times reported.

The Fed’s decision had been widely expected. Fed officials did not hint at any attempts to hike rates faster than previously anticipated.

The muni market has rebounded slightly since its late April lows. Over the past week, MUB advanced 0.5%, TFI was 0.4% higher and ITM was up 0.6%.