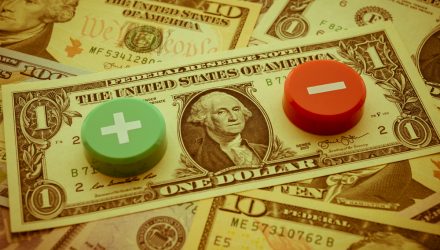 Rising interest rates have pushed down the bond market this year as investors watched prices fall while bond yields headed upward. Now, investors simply want the pain to be over, so they’re expecting the U.S. Federal Reserve to keep on hiking rates further until the bleeding stops.

“A series of surprise actions by some of the world’s largest central banks fretting about runaway inflation has left bond investors battered,” Reuters reported. “Now, a growing chorus of investors is calling on policymakers to move fast to end the uncertainty.”

“Until central banks are able to bring down inflation, some investors said, markets will not have any certainty about rates,” the report added. “Their best way forward may be to get to neutral interest rates — the level at which monetary policy is neither stimulating nor restricting the economy — as fast as they can, the investors said.”

Of course, simply pushing rates to the limit isn’t going to be a miracle elixir to fix the bond market or all markets for that matter. Talks of a potential recession are entering the capital markets on the expectation that rising interest rates could hamper the economy’s growth.

“We’re seeing these sort of rate hikes in an economy that is clearly slowing, and it creates this extraordinary uncertainty on how much will inflation come down and how much the Fed will have to go,” said Rick Rieder, chief investment officer of global fixed income at BlackRock.

“Sometimes the markets can take some time to adjust to it, but in the long run it’s a better way to go,” Rieder added.

Beating the Pace of Rising Rates

For fixed income investors, seeing their bond income erode because of rising rates calls for an iron stomach. However, that could be made easier with funds that can keep up with or outpace rising rates.

The advisor attempts to replicate the target index by investing all, or substantially all, of their assets in the stocks that make up the index, holding each stock in approximately the same proportion as its weighting in the index.