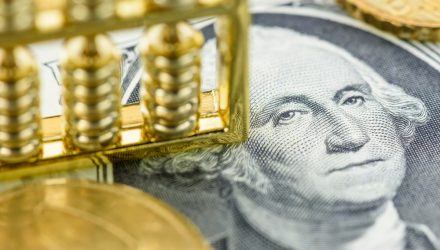 Is It Time to Pick Up Treasury Bond ETFs on the Cheap?

The Treasuries market was pummeled after a spike in inflation dragged on real returns and a hawkish Federal Reserve hiked interest rates. The selling may have been overdone and investors could begin to pick up a bargain in Treasury bond exchange traded funds.

A Bloomberg index of long-term U.S. government bonds has retreated more than 18% this year, or on pace for its biggest fallback on record dating back to 1973, the Financial Times reports.

Meanwhile, falling bond prices have pushed yields on benchmark 10-year Treasury notes to multi-year highs of almost 3% in the face of a rapid tightening of the Fed’s monetary policy to curb four-decade high inflation levels. Bond prices have yields that have an inverse relationship.

Meanwhile, market watchers are questioning how much further yields can continue to rise if inflation and rising rates designed to combat higher consumer prices could cause an economic slowdown, which would only benefit safe-haven assets like government bonds.

“We view the current level of 10-year [US yields] as a compelling location [to buy the debt],” according to rates strategists at Bank of America. “Inflation concern has reached a level of mania or panic,” the bank says, citing the “extreme” inflows into inflation-protected bonds, along with a jump in internet searches for “inflation.”

“Our forecasts point to inflation peaking this quarter and falling steadily into 2023. We believe this will reduce the panic level around inflation and allow rates to decline,” Bank of America adds.

The more attractive yields after the recent decline in prices are also bringing back some fund managers.

“I don’t think you can be certain this is the top until you get a signal from the Fed that they have overshot, or you get a correction in risk assets,” Al-Hussainy adds.

Dickie Hodges, a bond fund manager at Nomura Asset Management and former bearish bond investor, says he has been “adding little bits of exposure” to later-dated bonds with yields rising.

“I think it’s too early to call the top in yields right now,” Hodges told the Financial Times. “But central bankers know that raising interest rates materially from these levels is going to push economies into recession. And I’m convinced inflation is going to roll over later this year, so long-end yields are starting to look attractive.”