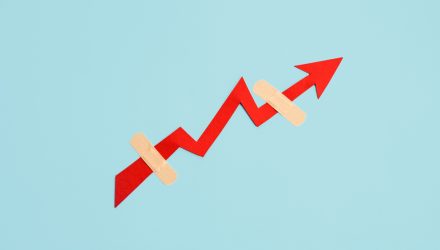 Is a Potential Bond Rally Brewing?

The bearish sentiment in bonds may not last for much longer. At least, that’s what some market experts are thinking in an attempt to time the right entry point for falling bond prices.

While market timing can be tricky, if not nearly impossible, there are bullish signs emerging for bonds. Rising inflation in tandem with rising rates has been applying downward pressure on bonds thus far in 2022, but that narrative could be changing.

“Pessimism about bonds has been at extreme levels for several months now and the market has stubbornly refused to rally,” MarketWatch notes. “What’s different now is the willingness of a few (though a growing number of) brave advisers to buck the consensus. Rather than falling over themselves proclaiming how awful bonds’ prospects are, more and more bond advisers are beginning to tiptoe in the direction of being less bearish — if not outright bullish.”

One of the reasons for the bullishness revolves around a recession. With inverting yield curves occurring in the benchmark Treasury notes lately, talks of a recession have been growing.

That said, bonds have historically provided an ideal safe haven when equities fall. This scramble to safer assets could help propel bonds, which makes an ideal backdrop for getting aggregate bond exposure via exchange traded funds (ETFs).

As such, investors who don’t know where to begin to get bond ETF exposure can start with an aggregate option. Vanguard specifically has the Vanguard Total Bond Market Index Fund ETF Shares (BND).

BND seeks the performance of the Bloomberg U.S. Aggregate Float Adjusted Index, which represents a wide spectrum of public, investment-grade, taxable, fixed income securities in the United States, including government, corporate, and international dollar-denominated bonds, as well as mortgage-backed and asset-backed securities, all with maturities of more than one year.

As mentioned, bond investors can use BND as a traditional hedging component when the equities market goes awry. Short-term traders can also use the ETF, given its dynamic ability to be bought and sold quickly on the open market.