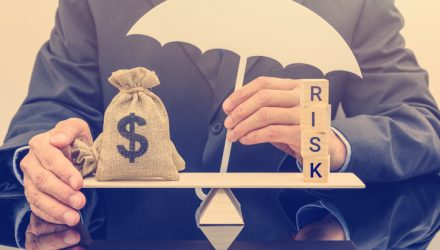 How Invesco Looks At the Success of Fixed Income ETFs

When considering the vast amount of flows going towards fixed income, Hoffman noted how of the $228 billion of net inflows into ETFs, $130 billion was in fixed income, nearly 60%. However, fixed income ETFs still only make up about 20% of the ETF market.

In examining this further, Lydon noted how advisors have typically bought individual bonds for their clients or mutual funds that contained bonds. But now, given all the money going into fixed income ETFs, it certainly seems to have changed the fixed income bond trading infrastructure. Hoffman explains how the concept isn’t new, as it goes back 15 years.

In the early days, as Hoffman noted, the idea of taking an over-the-counter security and putting it on exchange meant a lot of work being done to figure this out. Now, things are past the point of figuring it out, so looking at the robust growth in this segment means that, in many ways, the fixed income ETF has forced the electronification of fixed income markets.

“They’ve gone from over-the-counter to on-screen liquidity,” Hoffman states. “That is transformative. I can see out loud pricing for bids and offers to be able to transact in the underlying security on exchange. Everybody in the world can see that real-time, which is truly transformative. It’s leading price discovery, and ultimately it’s creating tremendous efficiency for the end client.”

As far as adding to the confidence of the fixed income investor, Hoffman believes it’s created better ways to access fixed income markets. It’s a technological innovation that’s really being talked about at this point.

“In many ways, it’s going from analog to digital,” Hoffman explains. “I would draw a parallel around just crowdsourcing as well. Again, the more people that are looking at this on exchange, real-time, the more efficient the pricing mechanism is going to be.”

Understandably, there is a fear out there on fixed income. However, as Hoffman notes, there’s been many periods of stressful markets, and these have held up well because it is a free open market, out loud electronic, and that infrastructure is genuinely transformative.

Watch the Interview Between Tom Lydon and John Hoffman: