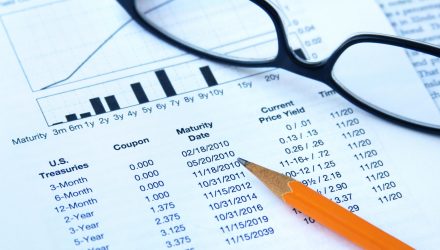 Below, we highlight the rationale for our highest-conviction fixed income trade over the next two years and why we believe investors should be investing in floating rate Treasuries instead of three-month t-bills.

On March 21, the Federal Open Market Committee voted to increase the Federal Funds Rate target for the sixth time since December 2015.

As the Federal Reserve (Fed) continues to tighten policy, the ability to generate returns in short-dated fixed income has increased.

In response, investors have piled nearly $6.7 billion over the last year into two exchange-traded funds (ETFs) that seek to track one- to three-month Treasury Bills.1

While we agree with the shift to lower duration as long-term interest rates increase, the shift into t-bills is leaving a significant amount of return potential on the table.

While t-bills and floating rate Treasuries are both issued by the U.S. government, the yield for a 13-week t-bill is set at a weekly auction. Instead of paying interest, they are generally auctioned at a discount to par, so when they are held to maturity, an investor’s holding period return would equal the quoted yield. Since they do not make intermediate coupon payments (like longer-tenor Treasury notes), the duration of the bill is equal to its maturity (13 weeks).

In January 2014, the U.S. Treasury issued its first floating rate note (FRN). Treasury FRNs pay a coupon on a quarterly basis and mature in two years. The coupon rate “floats” and is based on the 13-week t-bill yield plus a spread. The spread represents a snapshot of demand for a particular FRN when it is auctioned and remains fixed for the life of the note (low demand = high spread; high demand = low spread). The duration of the FRN is only one week because that is the amount of time between interest rate resets.

The simple reason that we prefer floating rate notes versus rolling three-month t-bills over the next two years is that we want to receive higher yields as the Fed hikes rates. As short-term interest rates rise, the yield on Treasury floaters will reset each week at progressively higher rates.

By contrast, if investors wanted to roll three-month t-bills over the next two years, they would only able to boost the yield of their holdings every three months (e.g., four times per year). Additionally, FRNs receive a spread over three-month t-bills, which currently boosts yields by 5 basis points (bps).

Given that the Fed started hiking rates in December 2015, we know that owning FRNs whose coupons reset along with increases in t-bill yields was the right trade. As we show in the chart below, investors could have generated 1.08% more return by owning FRNs rather than t-bills. Put another way, investors could have nearly doubled their returns by bearing the risk that yields might have declined during these more regular auctions.