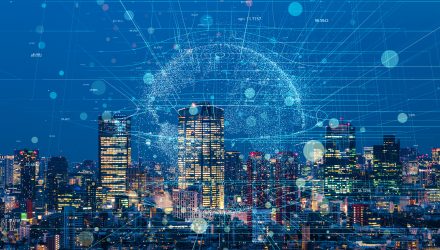 The Visual Capitalist reports The Pension Time Bomb: $400 Trillion by 2050. The above image is a small section of a huge pension infographic.

According to an analysis by the World Economic Forum (WEF), there was a combined retirement savings gap in excess of $70 trillion in 2015, spread between eight major economies: Canada, Australia, Netherlands, Japan, India, China, the United Kingdom, and the United States.

The WEF says the deficit is growing by $28 billion every 24 hours – and if nothing is done to slow the growth rate, the deficit will reach $400 trillion by 2050, or about five times the size of the global economy today.

In the United States, it is expected that the Social Security trust fund will run out by 2034. At that point, there will only be enough revenue coming in to pay out approximately 77% of benefits.
Worse Than You Think

Lance Roberts at Real Investment Advice added to the report in his take The Pension Crisis Is Worse Than You Think.What follows are excerpts of Roberts’ excellent presentation, without blockquotes. His name will mark the end of his report.

With pension funds already wrestling with largely underfunded liabilities, the shifting demographics are further complicating funding problems. One of the primary problems continues to be the decline in the ratio of workers per retiree as retirees are living longer (increasing the relative number of retirees), and lower birth rates (decreasing the relative number of workers).

However, this “support ratio” is not only declining in the U.S. but also in much of the developed world. This is due to two demographic factors: increased life expectancy coupled with a fixed retirement age, and a decrease in the fertility rate.​ 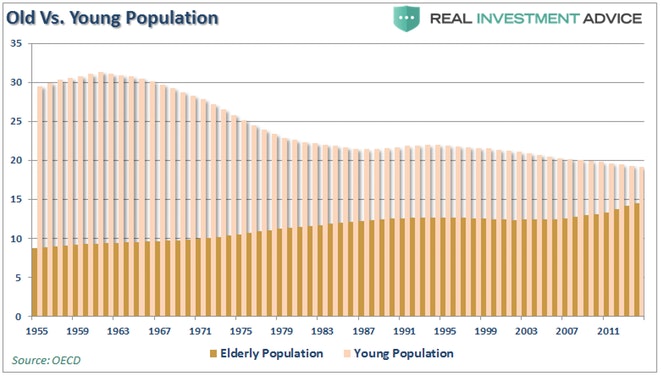 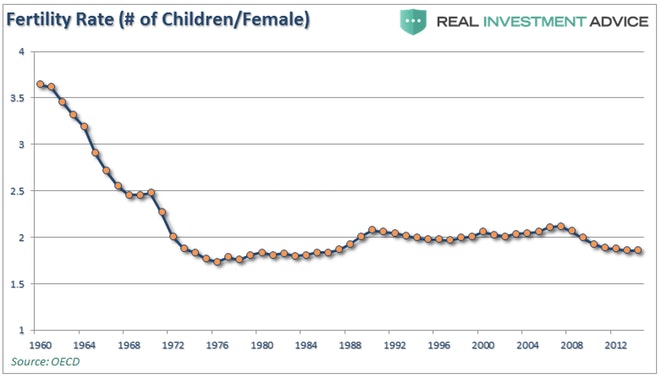 The biggest problem, however, is the continually perpetrated “lie” that markets compound over time. Pension computations are performed by actuaries using assumptions regarding current and future demographics, life expectancy, investment returns, levels of contributions or taxation, and payouts to beneficiaries, among other variables.

The biggest problem, following two major bear markets, and sub-par annualized returns since the turn of the century, is the expected investment return rate.

Using faulty assumptions is the linchpin to the inability to meet future obligations. By over-estimating returns, it has artificially inflated future pension values and reduced the required contribution amounts by individuals and governments paying into the pension system.

As shown in the long-term, total return, inflation-adjusted chart of the S&P 5oo below, the difference between actual and compounded (7% average annual rate) returns are two very different things. The market does NOT return an AVERAGE rate each year and one negative return compounds the future shortfall. 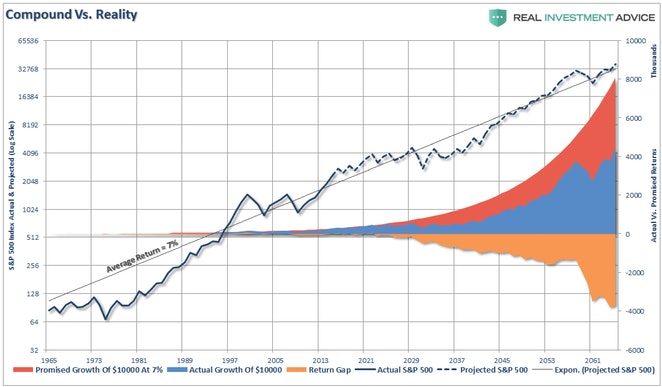 This is the problem that pension funds have run into and refuse to understand.