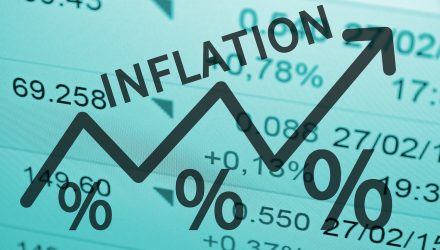 2019 is certainly seeing a more cautious Federal Reserve when juxtaposed with the rate-hiking machine it was in 2018. Rather than trying to pinpoint a sustained inflation target, a more adaptable Fed could certainly be beneficial for the global market and put risk assets back on the proverbial map.

The central bank is certainly revealing this pivot in the latest media sound bytes, but the actual implementation of an above-inflation target will be the moving force for the economy domestically and perhaps globally.

“The recent combination of testimony, press releases, and other communications suggest that the US Federal Reserve (Fed) may be considering a shift to average inflation targeting,” wrote James Ong, Director, Derivative Portfolio Management at Invesco. “If true, this could mean the Fed would move away from trying to engineer a sustained, specific inflation level and would be free to allow above-target inflation for a period before using rate hikes to slow the economy.”

Whatever the Fed decides to do in terms of interest rate policy, it will undoubtedly be data dependent. “Patience” has been a mainstay in Fedspeak since the last rate hike back in December and throughout 2019. Moreover, the Fed has also been saying that it will exhibit more flexibility when it comes to interest rate policy decision-making.

Speaking about data, the labor market data has been a metric the central bank has leaned on in the past and will likely do so again moving forward. The U.S. created 263,000 new jobs in April, which fed into a generational-low unemployment rate–the lowest in 49 years.

That increase in new jobs bested the 213,000 forecast of economists surveyed by MarketWatch.

“Historically, the Fed has generally relied on a forward-looking view of inflation, meaning it has based policy decisions on economic models and forecasts,” noted Ong. “For example, the unemployment rate has traditionally been a leading indicator of inflation.” 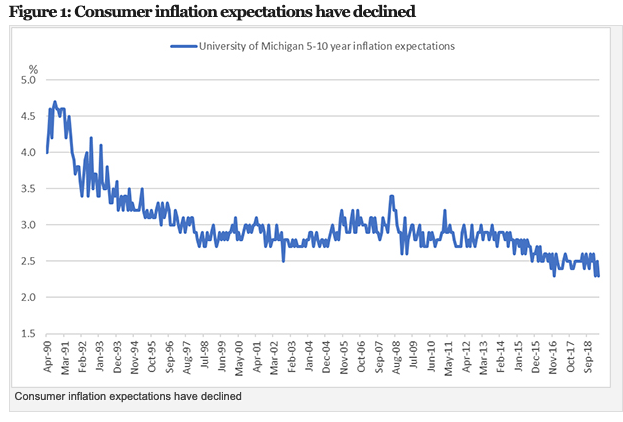 A move back to rate hikes would put riskier assets like high yield back into the picture. Domestically, seeking opportunities within high yield might seem like an arcane idea given the serendipitous bull run came to a crashing halt in the volatility-laden fourth quarter of 2018.

The risk-on sentiment that fueled three-fourths of 2018 may have gone asunder as the massive sell-offs took place to end 2018. Nonetheless, investors are still on the hunt for high-yielding income despite the challenges that loom in the debt market.

Once again, one of those challenges is the Federal Reserve’s policy regarding interest rates. The Fed’s current wait-and-see approach has the bond markets playing the guessing game.

“By leaving interest rates on hold in the first quarter of this year and lowering guidance for 2019 overall, the Fed has already taken policy actions consistent with achieving average inflation,” wrote Ong. “However, this type of policy may or may not be adopted on a permanent basis. The Fed may still revert to its old ways of reacting if financial conditions ease too quickly or the unemployment rate starts to decline again.”

Unexpected rate hikes would certainly give high yield investors something to cheer about, but until then, they need to be strategic with their capital deployment in the bond markets.