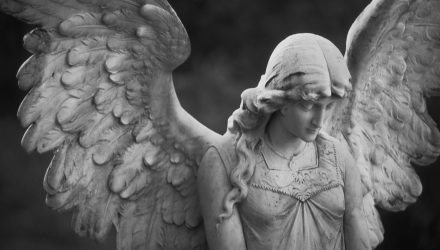 While there are some concerns about traditional high-yield corporate bonds and the related ETFs, the VanEck Fallen Angel High Yield Bond ETF (NYSEArca: ANGL) can still be a solid idea for income investors.

As is the case with many high-yield bond funds, ANGL has been hindered this year by a combination of rising interest rates and concerns about the results of the White House’s efforts to implement tariffs on U.S. trading partners.

ANGL tracks so-called fallen angel speculative-grade rated debt, or debt securities that were initially issued with an investment-grade rating but were later downgraded to junk territory. Fallen angel issuers tend to be larger and more established than many other junk bond issuers.

“Fallen angel bonds are feeling the influence of U.S. monetary policy and the geopolitical environment,” said VanEck in a recent note. “Credit quality and sector weights have been key performance drivers so far in 2018 while somewhat offsetting one another. Fallen angel bond performance is mainly driven by higher average credit quality, sector differentiation, and potential value from discounted bonds as they are downgraded to high yield status.”

Underneath the Hood of ANGL

The $1.2 billion ANGL has a 30-day SEC yield of 5.61% and holds nearly 240 bonds. ANGL’s effective duration is 6.20 years. Duration is a measure of a bond’s sensitivity to changes in interest rates. ANGL has been on the market for more than six years and for much of that time, the fund has outperformed traditional junk bond ETFs.

“Fallen angel bonds underperformed the broad high yield bond market by 0.5%, as of May 31, 2018 (-1.2% vs. -0.7%, respectively),” said VanEck. “After a strong start in January, their current 74% concentration in BB-rated bonds and associated interest rate duration proved challenging in the face of the Federal Reserve’s tightening monetary policy.”