You are at:Home»Fixed Income Channel»Why We Expect Treasury Rates to Stay Contained 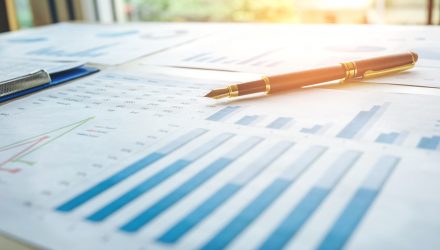 Why We Expect Treasury Rates to Stay Contained

Strengthening inflation data have driven US yields higher in recent weeks. We expect inflation to remain on the higher side in the coming months due to statistical comparisons to a low base, but we also believe this effect should fade.

Nevertheless, we have revised our 2018 expectation for US Federal Reserve (Fed) interest rate hikes from two to three due to the price pick-up. Continued broad-based price pressures could lead the Fed to hike four times this year, but this is not our base case.

Here is Why Treasury Rates Will Stay Contained

At this point, we do not believe the market is worried that the Fed is letting inflation get away from it (which could cause markets to overreact, driving rates higher and creating a financial shock). While uncertainty over inflation will likely keep rates volatile for now, low non-US government yields combined with subdued inflation should contain US Treasury yields in the near term.

The sell-off in German bonds accelerated after the January European Central Bank (ECB) meeting failed to deliver the dovish tone that the market was expecting based on the strong euro. However, we believe Europe’s strong growth backdrop, muted inflation and accommodative ECB have helped to support bond markets and compensate for the political fears surrounding the upcoming Italian elections. We expect the ECB to announce an end date for quantitative easing by June and to cease its bond-buying program in September.

China’s short-term government bond yields fell relative to longer-term yields in February, thanks to easier liquidity conditions and improved sentiment. The People’s Bank of China (PBOC) has been generous in terms of liquidity injection, but onshore investors remain cautious. This is reflected in the steeper 10-year part of the government yield curve.

With regulatory tightening putting pressure on non-bank financial institutions, we see limited room for the PBOC to further tighten liquidity. We continue to see attractive opportunities in onshore government bonds. In our view, if tax implications are considered, government bond yields are appealing compared to lending rates. In addition, the new asset management rules and liquidity management guidance could further boost demand for Chinese government bonds.

The Japanese economy expanded again in late 2017 but is growing below potential. Inflationary pressures are unlikely to build against such a backdrop and will likely be further hindered by the recent appreciation of the Japanese yen. There is much speculation that the Bank of Japan (BOJ) will tighten monetary policy in the near future.

However, lower-than-expected inflation could disappoint speculators. Our base case is for the BOJ to remain on hold through 2018, but a more aggressive monetary policy stance by other global central banks could cause us to reassess this view. We expect 10-year Japanese government bond yields to remain range-bound over the next month between 0% and 0.1%.

Related: Why the U.S. Debt Problem is Getting Worse

UK economic growth continues to be negatively impacted by uncertainty surrounding Brexit, but not to the extent some predicted. Nonetheless, the latest Purchasing Managers’ Index (PMI) readings suggest that the economy will continue to underperform its European Union (EU) peers over the near term. The UK government is almost exclusively focused on resolving the Brexit issue, but with many issues yet to be addressed, we believe a clear solution will not be found before the UK’s expected EU departure in March 2019.

The Bank of England has turned slightly more hawkish in response to concerns that the global pick-up in capital expenditures could be an early sign of upward wage pressure. We agree with market expectations of one or two rate hikes in 20181, but there is a risk of more being priced in. We remain neutral on UK interest rates.

The most recent employment number was a mixed bag with part-time employment falling off. The pace of economic growth overall has slowed somewhat, but this had largely been expected.