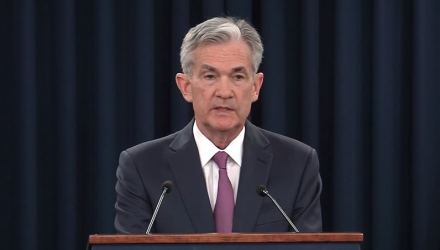 Stock and bond ETFs slipped on Wednesday as the Federal Reserve announced another moderate rate hike and stated its intent to raise rates two more times later this year.

Meanwhile, the U.S. equity market slipped into the red, with the SPDR S&P 500 ETF (NYSEArca: SPY) down 0.2%, on the prospects of slower growth with a higher rate environment ahead.

The Federal Reserve announced its second rate hike this year and upgraded their forecast to four total increases in 2018 as unemployment dips to 18-year lows and inflation rises above its target, reports Craig Torres for Bloomberg.