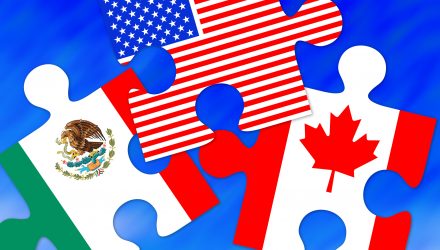 The Dow Jones Industrial Average climbed by over 250 points on news that the United States and Canada reached an agreement on a revamped North American Free Trade Agreement, which will be called the United States-Mexico-Canada Agreement.

“The market is happy because we’re removing an uncertainty,” said Maris Ogg, president at Tower Bridge Advisors. “It looks like this trade deal will benefit both countries, but I wouldn’t call it a great win for the Trump administration.”

The deal struck with all three nations would allow for more market access to U.S. dairy farmers with Canada capping automobile exports to the U.S.. The U.S., Mexico and now Canada are expected to sign the agreement by the end of November, which would then go to Congress.