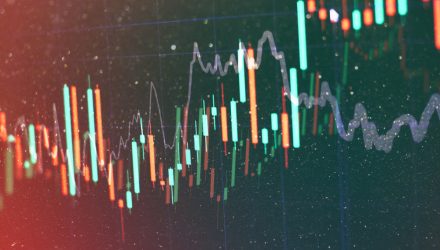 Job growth numbers came in well below expectations during the month of November, but it doesn’t seem like the U.S. Federal Reserve will pump the brakes on easing its stimulus measures.

The economy added just 210,000 jobs in November, which came in at less than half the 573,000 new jobs estimated by the Dow Jones. Bright spots in the data include the unemployment rate falling to 4.2% from the previous 4.6% and labor force participation rising to 61.8%, but the overarching theme is the continued labor shortage.

COVID-19 cases experienced an uptick heading into the winter months, and the introduction of a new variant dubbed “Omicron” certainly did no favors for job growth over the final week of November. While federal and state governments have yet to institute lockdowns as a result of the new variant, that will continue to be a wild card through the rest of the year.

“The underlying momentum of the labor market is still strong, but this month shows more uncertainty than expected,” Bunker added. 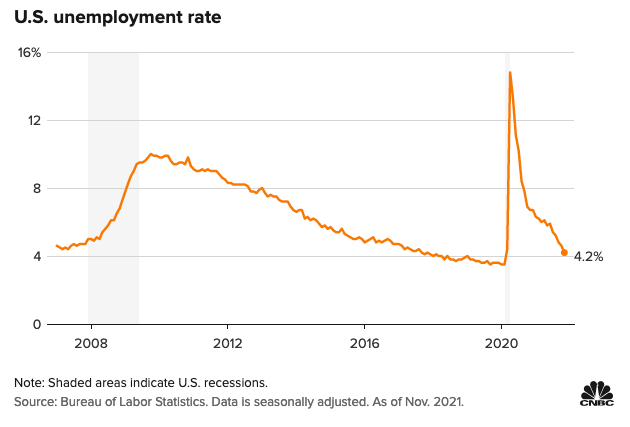 No Signs of Fed Wavering on Wind-Down

The Fed’s continued narrative is that it will start winding down on its stimulus measures to help prop up the economy, including a reduction in bond purchases. The economy has been rebounding from last year’s effects of the pandemic, which is evidenced by rising inflation.

Part of the pump can certainly be tied to reflation or the pumping of stimulus dollars into the economy. Either way, the Fed deems the economy fit enough to stand on its own two feet and doesn’t seem to be wavering on its wind-down promise.

That, of course, could all change should the Omicron variant wreak havoc on the economy once again. The Dow Jones Industrial Average fell over 900 points the day after Thanksgiving, but has since then rebounded, albeit ending last week down just under 1%.

“Unless you get some awful news on the virus and some awful print on CPI, they probably do accelerate the taper. Even though this is an outlier, it’s not bad enough to spook the Fed,” said Wells Fargo’s Michael Schumacher.