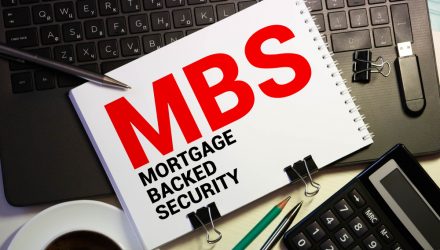 For fixed income investors looking for value, mortgage-backed securities (MBS) could be a potential opportunity despite rising interest rates and diminishing demand for housing could provide more headwinds in the long-term forecast.

A marked decrease in refinancing due to higher mortgage rates also provided additional headwinds. As such, MBS assets of the government-backed variety didn’t fare as well as their other debt peers.

“We are more optimistic,” Vanguard said. “While there is precedent in prior tightening cycles for the Fed to slowly wind down its MBS balance sheet, active sales of MBS by the Fed would be unprecedented and are unlikely.”

As mentioned, mortgage rates “have jumped, considerably lowering the amount of outstanding mortgage debt eligible for refinancing. We expect the Fed’s ability to shrink its MBS holdings will be well below its stated pace of $35 billion per month through the end of the year, which is a positive for the sector.”

Where to Get MBS Exposure

Whether as a value play or a fixed income diversification tool, one fund to consider is the Vanguard Mortgage-Backed Securities Index Fund ETF Shares (VMBS). The fund comes with a low expense ratio of 0.04% as well as a 30-day SEC yield of 2.31% as of August 4.

Even as rates tick higher, VMBS can also rise in tandem since it derives its income from higher rates on mortgages. With debt holdings backed by the government, VMBS gives fixed income investors that extra layer of security.