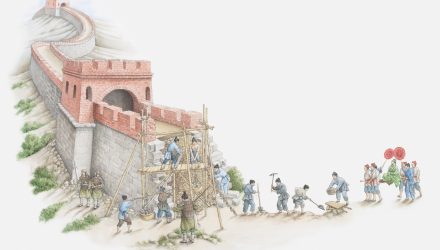 2018 marks the 40th anniversary of China’s “reform and opening-up” program. As an integral part of the Chinese economy, the state sector has undergone tremendous transformation over the decades, and state-owned enterprise (SOE) reforms have been closely scrutinized by the investment community.

After all, inefficient SOEs, which we believe are generally highly geared and less profitable, represent a large part of China’s debt problem and hinder productivity growth. Without reform measures, many SOEs will remain unprofitable and might default on their liabilities, putting strains on the financial system and unsettling the economy.

While disappointments in this area have been common, we have seen some positive developments recently. SOEs have made notable progress in reducing excess capacity, optimizing balance sheets and enhancing their corporate governance structures — steps that have helped to improve their financial condition.

The Invesco Equity Investment team in Asia believes these developments have resulted in the following profound impacts that could benefit the Chinese economy and investors if relevant reform measures are consistently implemented going forward:

Despite the positive changes, we believe investors should bear in mind that SOE reforms in China remain different from full privatization measures in the west. We expect the Chinese government will continue to play a dominant role in SOEs, while the state’s influence is almost nonexistent after a western-style privatization. In some cases, consolidation among SOEs is encouraged to create “super SOEs.”

The government’s stated intention is to make SOEs bigger and stronger. As a result, we remain selective in the space, as we believe the benefit from SOE reforms will be more company-specific rather than broad-based.

That said, we are incrementally more positive toward the progress on SOE reforms and believe selected SOEs in certain sectors represent good investment opportunities. That’s due to certain important changes that we’ve seen in the space:

Supply-side reform is a top policy initiative in China. In reaction to the global financial crisis, the Chinese government rolled out a large-scale stimulus that fueled exuberant capacity growth of many industrial companies. The supply-side reform aims to cut the excess capacity, particularly in the energy and materials sectors dominated by SOEs, in order to restore demand and supply equilibrium, and bring back profitability.

Capacity cuts in a number of industries have been well ahead of targets. For instance, in the steel sector, the government’s capacity-cut target for 2017 was fully achieved in the first half following above-target reductions in 2016. We believe such effective reduction in excess capacity is a significant development that has led to higher utilization, recovering commodity prices and improved profitability.

In addition, we believe tighter environmental protection rules will also help enhance the remarkable progress China has made on supply-side reform. In a speech delivered at the World Economic Forum in early 2018, China’s top policymaker, Liu He, said that fighting against pollution, containing major risks and alleviating poverty are three critical battles the country will need to win, consistent with policy directions mapped out in the 19th Party Congress.

We have seen strong enforcement of environmental protection rules, including capacity suspension and regular inspections in multiple cities in northern and central China during the past winter. We believe those rules are in line with the overarching objective of the Chinese government to place more emphasis on the quality of growth. We anticipate this will be sustained, which could drive more disciplined production curtailment in the next few years.

We have generally seen a mindset change when it comes to optimizing capital management through dividend payouts from SOEs that have relatively strong balance sheets and high cash flow generation capabilities. On one hand, the Chinese government, as their controlling shareholder, has been consistently calling on SOEs to increase dividend payouts, which would align their interests with those of shareholders and put a stop to reckless acquisitions by some.

On the other hand, despite delivering better earnings, many SOEs (particularly in the energy, materials and telecommunication sectors) continue to see their valuations depressed compared to historical averages. We believe these companies are trying to become more investor-friendly and gain more traction by raising dividend payouts.