You are at:Home»Fixed Income Channel»Can Negative Yields Be a Good Thing for Bond Prices? 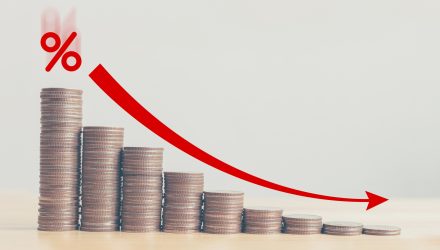 Can Negative Yields Be a Good Thing for Bond Prices?

Treasury yields are scraping lows after investors rushed towards the safety of government debt amid summer’s volatility and while it’s starting to wane, some market experts feel an environment with negative yields could actually be a boon for bond prices.

In a report published by ElmPartners, Victor Haghani and his colleague James White pondered the idea of negative interest rates becoming the norm and their effect on long-term debt issues. The Bloomberg report broke down theoretically how this would happen.

“For starters, take $100 worth of bonds that pay 1% in annual interest over a span of 100 years,” the report posited. “If rates fell to -1%, the present value would soar to $200. A substantial gain for sure, but nothing the mind can’t comprehend. OK, now stretch that maturity to 1,000 years. Instead of $200, your bonds are now worth a staggering $2.3 million. And for bonds with no maturity date? The value suddenly races to infinity.”

“Of course, the authors concede no rational investor in the real world would ever pay the infinite sums that the cold, hard numbers dictate,” the report added. “And if predicting the course of interest rates in the next decade is a fool’s errand, trying to divine the path over millennia would seem preposterous. But if you think there’s even a remote chance sub-zero rates could persist for long periods of time, then paying what might seem like ludicrously high prices for long-term bonds, they argue, isn’t wholly without merit.”

The report comes as the Treasury Department is considering ultra-long bonds like a 50-year note. Of course, the news came after the Federal Reserve lowered interest rates for a third time, and the central bank doesn’t foresee any future hikes until economic data warrants the move.

While it’s difficult to fathom an investor going as long in duration as the report suggests, it’s certainly something to think about.

“It seems difficult to dismiss negative rates as just a fleeting phenomenon,” Haghani and White wrote. “That means it’s worth seriously thinking through the issues involved in valuing and investing in long-lived cash-flow streams, whether arising from government bonds, real estate or equities, near and below the zero interest rate frontier.”