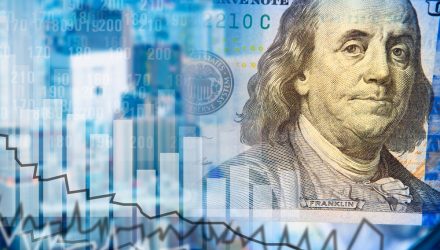 Bond ETFs Are Off to a Bad Start in 2022, and Things Could Get Worse

U.S. bond exchange traded funds are having a rough 2022, with U.S. debt markets suffering their worst quarter in over 40 years.

The widely observed Bloomberg U.S. Aggregate Bond Index, which is comprised of U.S. Treasuries, highly rated corporate bonds, and mortgage-backed securities, has returned -6% for 2022 as of Wednesday and was on track for the biggest quarterly loss since 1980, the Wall Street Journal reports.

The poor performance in the fixed income market has been a double whammy for diversified investment portfolios, as both stocks and bonds have been sharply lower this year. Fixed income assets have been dragged down by a number of factors, including elevated inflationary pressures that weigh on real returns, a tightening Federal Reserve monetary policy outlook, and ongoing volatility from the Russia-Ukraine war.

Some analysts and market observers have even warned that the interest rate outlook could be even more aggressive than previously believed, as the Federal Reserve tackles the surge in inflationary pressures, which has only been exacerbated by the Russia-Ukraine war. Consequently, bond markets could be in for more pain.

Tom Graff, head of fixed income and portfolio manager at Brown Advisory, argued that investors generally shouldn’t expect much more gains in longer-term yields, but shorter-term yields could easily continue to rise as the Fed hikes its interest rate forecasts.

“A lot of money has been lost in the bond-trading world betting on Fed peak hawkishness,” Graff told the WSJ.

Looking ahead, some economists on and off Wall Street have warned that rates could as high as 3%, since nothing less will be able to fix the inflation problem.