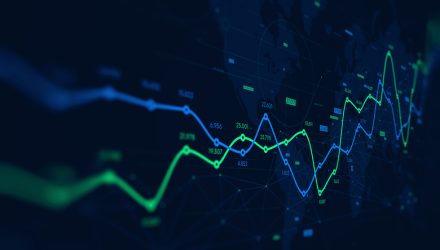 Bond ETFs Are Enjoying a Stand Out Year

Bond ETFs have enjoyed one of their best years yet, attracting higher investment interest than the equity ETF side this year.

Fixed-income ETFs, which only make up a slice of the overall ETF universe, have for the first time brought in more money inflows than the stock ETF side after investors funneled $191 billion into bond ETFs over the first 10 months of the year, compared to the less than $158 billion that flowed into equity ETFs, the Financial Times reports.

“Adoption rates have accelerated noticeably as more investors have realised that fixed income ETFs can provide efficient solutions to some of the liquidity challenges of cash bond markets,” Deborah Fuhr, co-founder of ETFGI, told the Financial Times.

Fixed income ETF inflows more than doubled over 2019, compared to the same period last year, and have also exceeded the record creations of nearly $142 billion for the whole of 2017.

“ETFs have proved useful when we want to make a quick asset allocation decision or if we need an exposure while conducting due diligence on an active manager which can be a lengthy process,” Nicholas Mandrinos, a fixed income investment manager at Stonehage Fleming, told the Financial Times.

The rising popularity of the fixed-income plays also helped push assets in bond ETFs pass the $1 trillion milestone for the first time earlier this year. BlackRock, the world’s largest asset manager, also projected that bond ETF assets could increase to $2 trillion over the next five years as adoption picks up speed.

“We have seen investors looking to build more resilience into their portfolios which has boosted inflows into sovereign bond and broadly based fixed income ETFs. At the same time, emerging market debt and high yield ETFs have attracted strong inflows from investors looking for an income stream,” Brett Pybus, Emea head of fixed income strategy at iShares, BlackRock’s ETF arm, told FT.