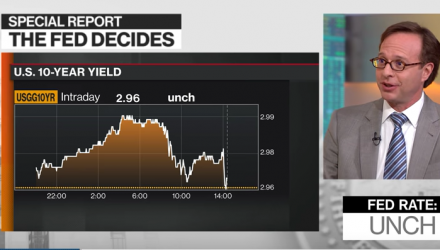 Rosenberg addressed a good question regarding the growth of GDP when it takes 7.5 dollars of new total debt to grow GDP by one dollar.

“Well, it’s a little bit tricky,” said Rosenberg. “Because if you lump everything into the mix on total debt growth, you miss a lot of the story.  A lot of the story is all about shifting patterns of where is the debt growth coming from so in the pre-crisis environment, the lead-up, there was a lot of consumer debt. Consumers over-indebted, they pared back their debt and government indebtedness kind of went up alongside of that.”